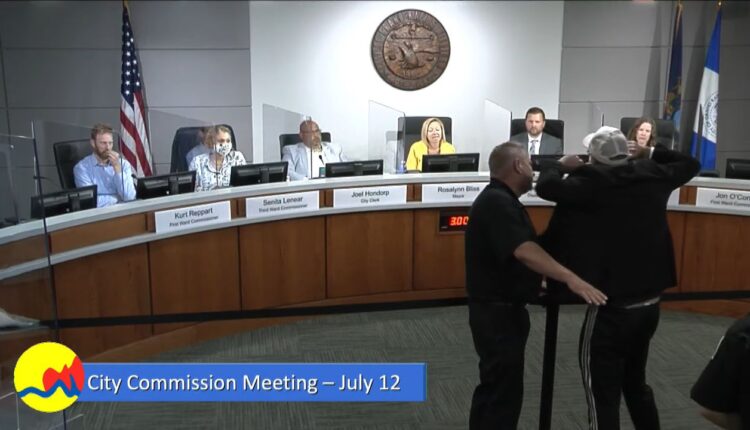 An activist shouts at city leaders during the Tuesday, July 12, Grand Rapids City Commission meeting. Mayor Rosalynn Bliss asked the man to stop disrupting before telling him he needed to leave the meeting. Bliss ended up adjourning the meeting altogether.

GRAND RAPIDS, MI – Three people were arrested and a city commissioner walked out swearing during the Grand Rapids City Commission meeting Tuesday evening that was once again adjourned early due to disruptions by activists.

As of 9 pm Tuesday, July 12, city officials were unable to confirm why three attendees were arrested during the meeting.

Note to readers: if you purchase something through one of our affiliate links we may earn a commission.

Three Things to Know About Insurance Coverage for Abortion