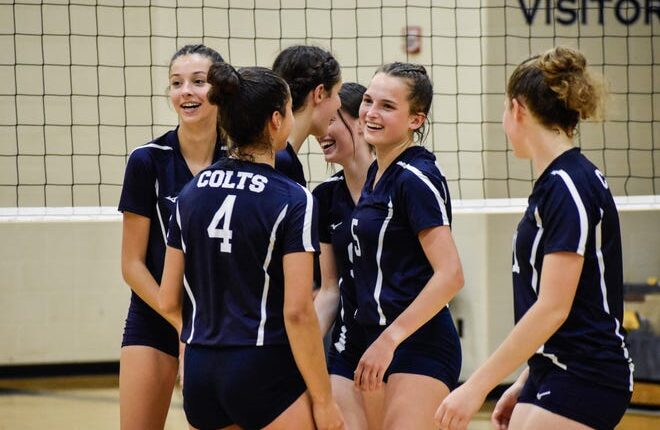 HILLSDALE — The Hillsdale Academy Colts volleyball team has continued their recent success with a tri-match with at home during a weekend home event.

The Colts were led by Ava King who had 33 kills. Megan Roberts had 24 kills, 16 digs and seven aces. Ava Postula had 17 digs and eight aces.

Haven Socha contributed 16 kills for the Colts. Clara Heath had another stellar effort with 64 assists.

The Colts will take their 6-2-1 record on the road for a major SCAA rivalry battle against the Camden-Frontier varsity volleyball team, led by head coach Kimberly Alley.