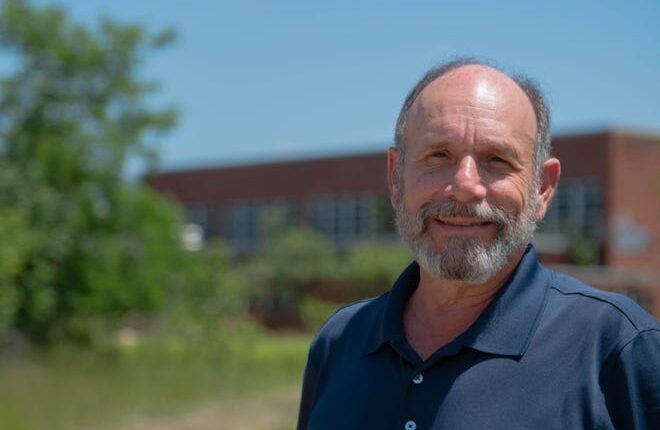 Across Metro Detroit, old hospital sites are coming back to life

A sign posted outside, however, declares a coming rebirth for the 332-acre site — Legacy Park, a recreational amenity that will include hiking and biking trails. Local officials say the plan is already producing benefits.

The property in Northville Township is among former hospital sites in Metro Detroit undergoing redevelopment, either through demolition or reuse. The former Riverside Osteopathic Hospital site along the Detroit River in Trenton could become newly built multi-family housing. At the former Herman Kiefer Hospital in Detroit, there are plans for an outdoor container theater. In Westland, the owners of the former Eloise Psychiatric Hospital plan to develop a café on the site to complement their haunted and historic attractions.

The sites are in various states of disrepair, but within a few years are all expected to be put back into productive use.

“It’s interesting when you have a large parcel or a large property, or in the Trenton example, a really well-situated property,” said Carolyn Loh, associate professor in the Department of Urban Studies and Planning at Wayne State University. “There’s just a really major opportunity to take something that is a negative in that neighborhood, because it’s abandoned and not being used and probably decaying, and then really turn it into something that can be an anchor or a positive.”

Creating an anchor attraction is what township officials in Northville Township hope to do with the former psychiatric hospital site on Seven Mile, which sits west of Haggerty. When the hospital closed in 2003, the property fell into disrepair and became a playground for urban explorers. Last month, several people were arrested for suspected arson at the site.

In 2009, Northville Township voters approved the $23.5 million purchase of 332 acres of the former psychiatric hospital site. At that time, the site had 20 buildings, including a water tower, a power plant and its main building, the psychiatric hospital. Demolition began in 2012 and the hospital was demolished in 2018.

On a separate 82-acre section of the site, Schostak Brothers & Company and REI Investment Group developed a mix of retail, restaurant, health center and office buildings at Seven Mile and Haggerty that was completed in 2015.

The future park site has 11 buildings, including five structures within a 10-acre area. Demolition is expected to begin in the fall, Abbo said.

“We’re going to take care of the six buildings that are not within those 10 acres and then next year, tear down the five buildings within that 10-acre parcel,” he said. “That’s the expectation by the fall of next year: all buildings will be gone.”

The project is funded through a $12 million bond sale trustees approved last year. In May, township trustees awarded an $8.95 million contract to Lansing-based Asbestos Abatement Incorporated. While some preliminary renderings have been created for the park, Abbo said officials and residents are crafting more detailed plans.

“We’re kind of laying out pathways and trails and just areas that people can just enjoy for those types of activities,” he said. “We’re laying that out right now. And the expectation is that as soon as the buildings come down that we will start developing and making the improvements that we’re now looking at.”

In Trenton, demolition is underway of the former Riverside Osteopathic Hospital, which sits on about 10 acres on Truax Street between West Jefferson Avenue and the Detroit River. The hospital has been abandoned since 2002 when it was closed by the Henry Ford Health System.

“We’ve actually got some level of guarantee that the property will get demolished,” said Trenton City Administrator Dean Creech. “Being 10 acres on the waterfront, I’m very confident it’s going to get redeveloped.”

Nasir, owner of the property for about a decade, had plans to repurpose the hospital building but they never materialized, Creech said.

“Probably a year and a half ago, it really came to be where everyone was kind of in agreement, both on Dr. Nasir’s side and the city side, that in the end demolition was going to be the best route to remove the blight and correct the issues.”

In an emailed response, Turkia Mullin, a spokeswoman for Nasir, said the owner is working to demolish the former hospital building this year.

“We are also in the middle of conducting feasibility studies to redevelop the site,” she said. “The focus is on redeveloping the site into multi-family, including senior housing. We are speaking with a couple of multi-family development groups. We would welcome conversations with other interested groups to transform the Downriver site into an integral part of the community and serve as a magnet for the redevelopment of the site and surrounding areas.”

Depending on the real estate market, sometimes the best option for a site owner is to wait before planning a next move, said Bob Aydukovic, teaching specialist for Michigan State University’s construction management program.

“Sometimes it takes 20 years or the better part of a decade to realize that you’re sitting on something really good,” he said. “You have to wait for the market to come around. Now … housing is one of the hottest land uses that there possibly could be.”

The owner of the Trenton site, Aydukovic said, “probably realized that the economic sense is to develop that for housing rather than just sitting waiting for some other development to come along … Senior living, affordable housing, single-family homes. We can’t build enough of that almost enough right now.”

The former Herman Kiefer hospital in Detroit, which closed in 2013, is among sites with multiple structures that will remain. Owner Ron Castellano is marketing the 38-acre complex for creative commerce. In 2015, Castellano bought the property from the city for $925,000. Castellano has also made efforts to rehab at least 100 homes in the neighborhood.

According to the City of Detroit, Castellano is on track with each of his commitments to the community for the project, which falls under the city’s community benefits ordinance.

Castellano did not respond to questions regarding current or potential tenants inside the hospital buildings, but he did provide information for plans to bring an outdoor container theater, known as Container Globe, to the grounds.

The theater will be constructed from shipping containers and reimagine Shakespeare’s original Globe Theater from 1599, said Angus Vail, founder of the Container Globe project. Programming on the site could begin this year or next year, he said.

Vail, a New Zealand native who lives in New Jersey, said he was drawn to Detroit for the project.

Vail pointed out the architectural backdrop of the buildings on the Herman Kiefer campus, designed by architects George D. Mason and Albert Kahn.

“The site is perfect,” he said. “Both the aesthetic and the practical matters of the site. It’s secure. It’s pretty quiet. It’s away from the residences. We’ve got the amazing buildings around us, tons of parking, but also it’s right off the Lodge (Freeway).”

In Westland, the owners of the former Eloise Psychiatric Hospital at 30712 Michigan Ave. have capitalized on the site’s history and alleged paranormal activity with a haunted attraction, paranormal investigations and daytime history tours.

In 2018, developers purchased the 28-acre property from Wayne County for $1. The sale included the main hospital building, known as the Kay Beard Building, commissary building and several dilapidated structures. At the time, county officials said the sale would save the county $375,000 in annual maintenance and insurance costs. As part of the agreement, the Samaritas Family Center and a food bank continue to operate on the site.

The Eloise attractions have drawn about 50,000 visitors since the haunted tours started in 2018, said Jim Werner, operations manager for Eloise Asylum. Last month, the Eloise Asylum expanded its offerings with a year-round entertainment attraction, Eloise Escape.

“This is an incredibly highly immersive, asylum-themed escape room activity for groups up to 10 people,” Werner said. “And it gives them a chance to be fully immersed in a very comic book-esque asylum environment where they have to solve puzzles work together and find clues to escape. Escape the Asylum.”

Remediation of the Kay Beard Building was complete in early 2021, Werner said, adding that the grounds are being slowly redeveloped through grant funding. There are plans to turn a 2,000-square-foot firehouse at the site into a coffee house with outdoor seating. That project could open in as soon as 36 months, Werner said.

They hope to use the grounds for events such as car shows, fairs and carnivals, Werner said: “We’re a great location for that. And we have a fantastic frontage and our site is built to handle crowds because of the Halloween attractions. We are hoping to expand into that very soon.”

The Post-Pandemic Rise Of Up North Pride And Polestar