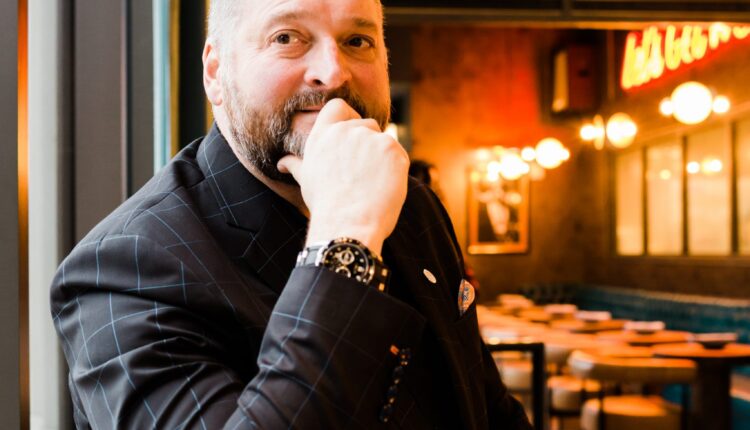 As the retail, retention and attraction specialist for the city, App is excited about the future of downtown retail. Photo by Teri Genovese

Even restaurants that have emerged from the past two years seemingly unscathed still have experienced their ups and downs.

So it is probably not a surprise several amazing restaurants shut their doors at the end of 2021, including a former Best Restaurants honoree Osteria Rossa and one of the best taco joints, Taqueria San Jose.

Closures of some favorite restaurants are never easy, but on the flip side, 2022 is shaping up to be a big year for the downtown Grand Rapids food scene, and retail in general, according to Richard App, the retail, retention and attraction specialist for the city of Grand Rapids.

“While I’m sorry to see some restaurants go, I’m more optimistic going into this year than 2021,” App told GR Magazine at the beginning of the year. “We have some new places that already opened up, Stan’s Tacos, Terra Bagel, MDRD. We’re doing cool things.”

There’s likely never been a better time to be a foodie in Grand Rapids than the era we’re entering, App said. And while that might be because foodie culture truly has taken hold, there’s still nothing like exploring the cuisines and food cultures of the world and tasting the artistry of talented chefs.

App said the mix of types of restaurants is eye-popping, whether it’s the bagels from Terra Bagel hopping into a storefront downtown or a few new Korean barbecue places or the Küsterer Brauhaus on Bridge Street that will bring an authentic German beer and food experience back to downtown Grand Rapids.

“I really see 2022 to be a positive experience for diners and the retail sector in Grand Rapids,” App said. “I’m really having fun with my job, because as a couple doors close, all these opportunities are rising. Our city is cool.”

In a way, the pandemic also might have shed some positive light and introduced some beneficial innovations to Grand Rapids, App said. The downtown social zones have opened up options for Grand Rapidians to enjoy the best of the city during all four seasons of the year, whether a pandemic rages on or not.

“We’re kind of admiring living in the Upper Midwest, we’re a four-season town,” he said. “Our downtown is really poised for some growth. It’s a lifestyle thing we’re craving and what we’re bringing.”

The vibe extends beyond food, too, as App highlights the big buy-in from Gazelle Sports, which plans to open a downtown retail location this year.

“People paint doom and gloom when a restaurant closes and yes, it’s been tough with supply chain issues and a lack of employees,” he said. “But my forecast moving forward is we’re in a great spot. When we signed Gazelle Sports, that’s a huge thing, for a business as an industry leader for so long that’s having success all over the state, to make a decision to come downtown. That shows consumer confidence.”

A few of the restaurants recently opened or set to open within the next few months:

This story can be found in the March/April 2022 issue of Grand Rapids Magazine. To get more stories like this delivered to your mailbox, subscribe here.

When Teens Blow Off Parents’ Pleas to Get Vaccinated, the Consequences Can Be Deadly