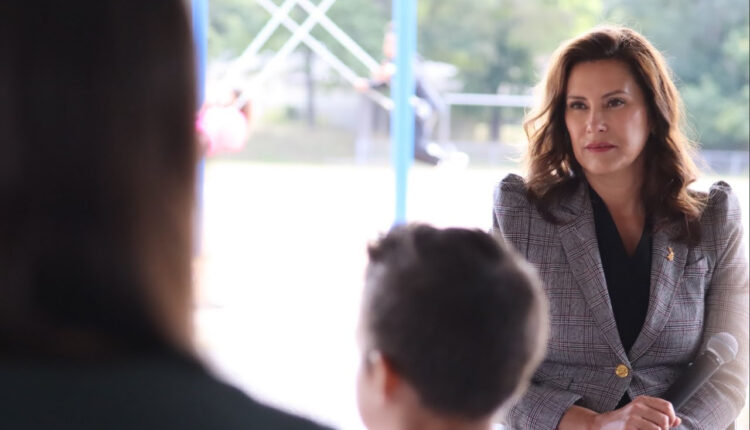 Education advocates across the state applauded the Fiscal Year (FY) 2023 School Aid budget after it passed through the Legislature earlier this month, focusing on the increase of per-pupil funding, investment in safety and mental health and extra funds to attract new teachers.

However, some believe the budget doesn’t offer enough to encourage teachers and support staff to stay in the field.

The $19.6 billion School Aid budget was passed in the early hours on July 1, after an all-night session to meet the Legislature’s deadline to get the budget to the governor, who still has to sign it. The budget year starts Oct. 1.

Next year’s budget was buoyed by the fact that state has a more than $5 billion surplus through FY 2023, propped up by increased state revenue and federal dollars in pandemic aid. Education leaders want to see some of that money go toward the schools.

“Every parent wants their kid to feel safe and supported in school, have access to the best on-campus resources and facilities and learn from the best educators,” Whitmer said in a statement. “As a mom, I know what this budget means for parents who want the best for their kids. It is proof of what we can do when we put students first and stay focused on getting things done. As we head into the next school year, I look forward to continuing my conversations with parents about how we can support their kids.”

Whitmer and Republican leaders in the Legislature struck a deal just hours before the budget went before the House and Senate for a vote, touting the bipartisan compromise it took to make it possible.

While education leaders are calling the budget a “great first step,” but say there is more that needs to be done.

We’re hoping that (the Legislature) can maintain that bipartisan spirit to work with the governor to use the remaining funding to really tackle these issues facing schools. Because at the end of the day, it’s our kids. It’s their future. And I know it’s an election year and there’s politics that people want to do, but our kids don’t care about that.

The biggest factor in that, education leaders say, is the increase in per-pupil funding.

The budget includes $9,150 per-pupil funding in every public school district. This is the highest state amount in Michigan history, with a $450 per pupil increase, or 5.2%, from this current fiscal year.

“We know this historic investment in our at-risk and special education students is not only the right thing to do, it’s what research tells us will improve outcomes for our most vulnerable learners,” Spadafore said.

In this budget, special education students would receive $9,150 per-pupil amount, regardless of time spent in the general education classroom, plus 28%. The plan is to phase in the funding over two years, starting with 75% of the funding within the first year and 100% of the funding in the second year.

“Policymakers continue to make progress on recognizing that state school funding should be aligned with students’ needs, and the League will keep advocating for a true weighted school-funding formula that achieves that,” Rossman said.

Student safety and mental health also got an increase of funding in this budget, as the state continues to reel in the aftermath of the Oxford High School shooting in metro Detroit that killed four students.

There is increased funding for teen centers, district mental health grants  and the TRAILS program, which offers training to school mental health professionals so they can better serve students with evidence-based services.

Where this area of the budget lacks, Michigan Education Association spokesperson Thomas Morgan says, is in the recruitment and retention of mental health specialists in schools.

“There’s a massive shortage of … mental health professionals who work in schools, and the budget proposal helps with that quite a bit, but there’s more that can and should be done,” Morgan said.

While the budget lays out money to improve mental health resources in schools, it doesn’t allocate enough resources to attract school mental health professionals, counselors or psychologists, he said.

“It’s going to take a while, but we’ve got to get started and be aggressive about getting people into that career,” Morgan said. “It’s a labor of love certainly, but we need to make sure that we can actually compensate people enough so they can put food on the table and actually be interested in a school-based mental health career as a viable option.”

While the budget doesn’t include more money to hire school mental health professionals, it does include $25 million to hire more on-campus school resource officers and $15 million for cross-system interventions.

This is something education advocates have been weary of in the past because of how it fuels the school-to-prison pipeline.

More money for teacher recruitment, but not enough for retention?

Future teachers have a lot to look forward to in the upcoming budget, but Morgan says there isn’t enough in there to keep current teachers coming back to the classroom.

The budget includes funds for the MI Future Educator Fellowships, which pay up to $10,000 in tuition for 2,500 future Michigan educators, $9,600 stipends a semester for student teachers, $175 million Grow-Your-Own programs that help districts put support staff on no-cost paths to become educators, $20 million for Teach for America, $15 million for Troops to Teachers and $10 million for CTE Teacher recruitment and retention.

In February, Whitmer proposed retention bonuses for teachers who stay in their schools, which Morgan says the MEA supports and “it should definitely be part of the mix.”

That same month, an MEA survey of 2,600 educators statewide found that one-third of educators plan to leave the profession during an already surging teacher shortage.

Michigan does have a $5 billion surplus from federal dollars during the pandemic, and education advocates are hoping to see that money go toward schools to meet the demands of the education shortage.

The best way to keep quality teachers in the classroom is to raise current school employees’ salaries to competitive levels.

“We’re hoping that [the Legislature] can maintain that bipartisan spirit to work with the governor to use the remaining funding to really tackle these issues facing schools,” Morgan said. “Because at the end of the day, it’s our kids. It’s their future. And I know it’s an election year and there’s politics that people want to do, but our kids don’t care about that.”

Three Things to Know About Insurance Coverage for Abortion