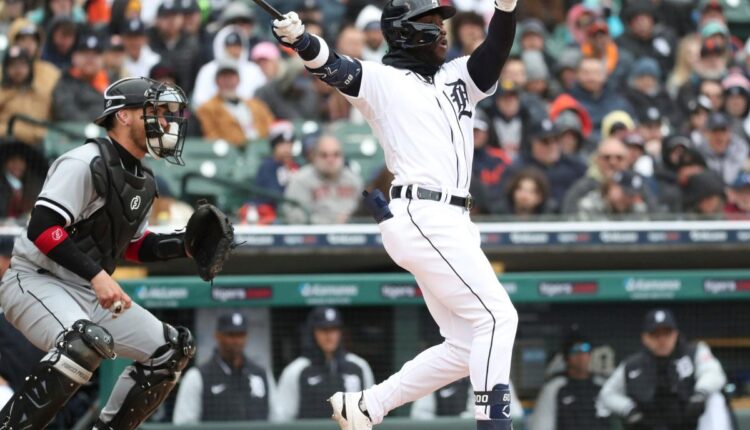 ‘We need guys that are playing good’

KANSAS CITY, Mo. — The Detroit Tigers need a spark after their six-game winning streak came to a screeching halt with a four-game losing streak, leaving them 1½ games ahead of the last-place Kansas City Royals in the American League Central.

After Monday’s doubleheader sweep, the Tigers called up outfielder Akil Baddoo from Triple-A Toledo. To create room on the roster, utility player Kody Clemens was optioned to the Mud Hens.

It’s unclear if Baddoo will be available for Tuesday’s game.

“Akil is playing great,” manager AJ Hinch said, following a 7-3 loss to the Royals in Game 2 at Kauffman Stadium. “We need guys that are playing good.”

The Tigers demoted Baddoo to Toledo on May 9, after he struggled to control the strike zone and hit for contact through 17 games. Once Baddoo joined the Mud Hens, he missed a couple weeks with an oblique injury.

“We want Akil on this team,” Hinch said last week. “It’s just a matter of when we feel like he can be a contributor, when the playing time is there for him, what he can offer to a club.”

MORE ON BADDOO: Playing in minors now, Akil Baddoo plans to ‘be that Baddoo’ for Tigers again

In 2021, Baddoo hit .259 with 13 home runs in 124 games for the Tigers. Coming out of this year’s spring training, the Tigers planned for Baddoo to play a key role this season.

Now Baddoo is back.

“He’ll certainly be in there the rest of the way this first helped,” Hinch said.

The Tigers also returned right-hander Alex Faedo to Triple-A Toledo after the 26-year-old served as the 27th player for the doubleheader. He allowed four runs and threw 60 pitches (29 strikes) in 1⅔ innings in the game 2 loss.

Faedo is expected to pitch this weekend for the Mud Hens.

“That’s what we’re hoping for before the (All-Star) break,” Hinch said, “so we can get him in a little bit more of a routine rather than the long gap in between starts the way we’ve had him in the last two starts.”