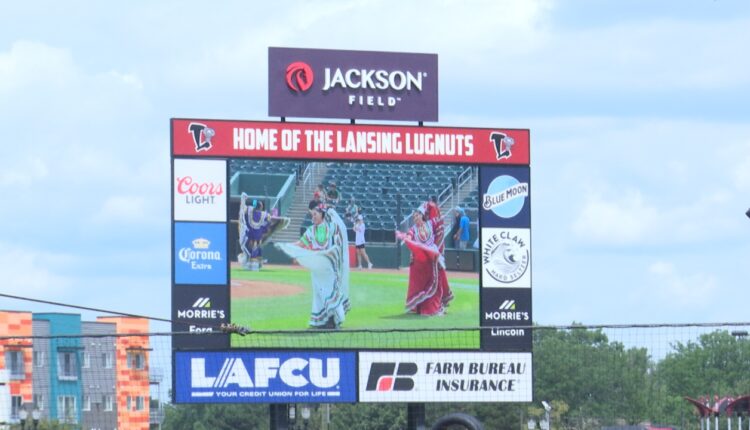 LANSING, Mich. (WLNS) — Hundreds of people filled the Lugnut Stadium for a day of family fun with the Latino community of Lansing.

Before players got ready to play ball the crowd was treated to a live band right outside the doors of the stadium.

The band was just one of the many performers today at Sunday’s event playing traditional Latino music, and they even had a local dance group showcasing a Mexican style dance.

Among the live music were food trucks serving up authentic Mexican food, as well as local vendors there with some bringing in stuff directly from Mexico.

“We have plenty of vendors lots of Mexican goods and one of the people a touch of Frida has goods she brought in from Mexico,” said Sein Paul Benavides, the organizer for Cafecito Caliente

Benavides said the event wouldn’t have been able to go on without the help from the Lugnuts, who changed their name and uniform just for today.

“We have been doing this for 10 years in partnership with the Lansing Lugnuts general manager Tyler Parsons helped expand this along with Cafecito Caliente and they bring out their uniforms the Lansing Locos,” said Benavides.

The baseball game started at one and people started rushing in to get their fill of all the stadium snacks, but for one family at the event, this means a lot more to them then just a game of baseball.

“It’s a good way kind of keep a center place for the culture so to show the kids the music, the food, the communities and make sure you know keep everything alive that we would normally see and just keep it in a good place,” said the Majorado family, who attended the event.

16,000 Rounds of Ammunition Seized at the Hidalgo International Bridge