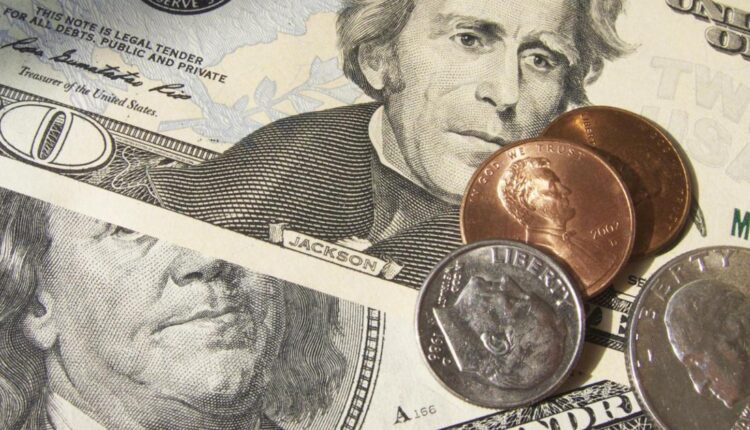 As rental aid program sunsets, so will resources for hundreds of northern Michigan households | News

TRAVERSE CITY — By the time all applications are processed, a rental assistance program will have doled out more than $10,500 to residents struggling to make their housing payments in northern Michigan.

The COVID Emergency Rental Assistance (CERA) Program, ongoing since March 2021, was funded by the $1.1 billion in federal money allotted to the state to help residents who were behind on their rent or utilities payments. The program is administered through the Michigan State Housing and Development Authority.

But, with the program drawing to a close, local community advocates say the aid brought attention to a missing piece in resources available to families and individuals in need.

The Northwestern Michigan Community Action Agency, which was the local organization tasked with processing the CERA applications and helping connect residents with resources, already has access to other sources of aid for those who fall below the 30 percent average median income mark.

But CERA was open to brackets up to 80 percent, as long as applicants met other criteria demonstrating COVID hardship. According to state data, roughly 36 percent of people who received aid were above the poverty line.

“We (typically) work with people at poverty level or below poverty level,” said Sarah Hughes, clinical manager of homeless programs for NMCAA. “And with this funding, we were able to help so many people who were everyday, middle-class citizens who were struggling during COVID because they were out of work, or had somebody sick or die. You got to see that effect on the community as a whole, and how we were able to support them.”

A competitive housing market, coupled with and inextricably linked to the strain of the pandemic, has often pushed affordable housing out of reach, even for those nearer to the median income. And some households may be left in a lurch come September, when the last CERA aid payments can go out.

“I do think it has opened up the discussions across the state of Michigan about those other areas, and maybe it’s just budget and career field coaching, or something like that,” Hughes said. “But it has made us think, ‘where do we need to move from here so that we’re not just dropping all these people who’ve been getting assistance?’”

The state was originally set to stop taking applications at the end of last month, but extended the program for another several weeks — through June 31 — particularly for certain “high priority” cases. Renters with active, ongoing eviction cases in the court system who had not previously applied for the program were allowed to apply.

That will stretch the remaining relief money just about as far as it will go.

“We don’t have a ton of funding leftover for CERA,” Hughes said. “So we’ve kind of budgeted pretty well to maintain the households that we’re continuing case management with.”

She said there are other aid programs available for any applicants who don’t make the cut for CERA.

As of the end of this week, the agency processed close to 4,000 applications in northern Michigan, with some 96 percent of those being approved. In some cases, applicants fell outside of eligibility, such as by falling at 100 percent the average median income or more. Other times, applications were denied for reasons that were seemingly more fraudulent, with false names or addresses listed.

Statewide, there are still 57,000 households waiting for their applications to be processed, according to the dashboard found at the MSHDA website, though that’s a relatively small portion of the 301,700 total applications that have entered into the system since March 2021.

At that time, more than 4,000 applications were received in the 10-county region covered by the NMCAA.

The community action agency still has 157 applications left to approve, as of the end of this week. Those may be processed, incomplete or under review. Many of them are applications that were received after the program was extended.

NMCAA will provide continued case management and, in some cases, other forms of financial assistance, until the end of December.

“Each one of my case managers has about 40 to 50 clients that they’re continuing to work with … that they will have ongoing case management with, working on budgeting and trying to be able to make their rental payments on time,” Hughes said .

Hughes, too, is managing five cases, though she will be reducing that to four with the ending of the program.

So far, 1,178 families or individuals in Grand Traverse County have been approved for aid through the program. To provide a small cross section of the region, 502 have been helped in Wexford County, 235 in Roscommon County, 120 in Benzie County, 106 in Kalkaska, and 40 in Leelanau.

Wexford and Grand Traverse counties had the highest number of households to receive assistance — expected of the two highest populated locations in the region.

They also had the highest participation rate in the region when calculating the share of households receiving aid as a percentage of the total number of households in the county. Most counties hovered around 1- or 2 percent of their households benefiting from the program, but Wexford and Grand Traverse were at 3.8 percent and 3.1 percent, respectively.

The average northwestern Michigan household received $3,600 of assistance through the program, with Antrim, Emmet, Grand Traverse, Leelanau and Roscommon counties falling on the higher end of that average.

Leelanau County, which had by far the lowest participation rate in the program, both in terms of total households and percentage of households receiving aid, saw the highest average payouts, at nearly $4,400 per applicant.

Hughes said the “dynamic” of the program was different from many assistance programs she’d helped manage before, because it was available to so many more families.

Some of them were hesitant to apply at first, because “it’s a hard thing to reach out and get that assistance,” she said.

“This was the first program I’ve ever run where we got thank you letters, like weekly, from clients,” she said. “Just because they were so thankful that we were willing to work with them and work through all their paperwork, and then continued to support them as they went forward.”