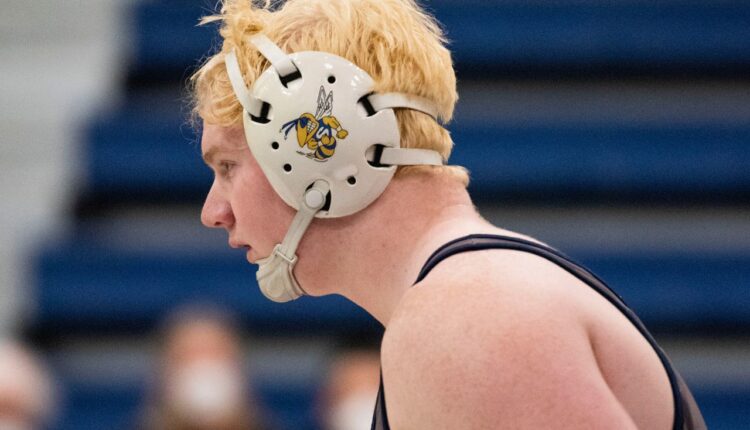 Vote for the Ann Arbor-area Athlete of the Week Feb. 7-12

MLive has selected 13 athletes for readers to choose from for the week of Feb. 7-12. Readers will have unlimited voting until 9 am on Friday. Results will be announced shortly thereafter.

Nominees are gathered from daily game reports submitted by area coaches. Coaches are asked to submit highlights of the night of each contest by emailing [email protected]

See the candidates for this week’s poll below and cast your vote at the bottom of the story. Athletes are listed in alphabetical order by their last name.

NOTE: The results of the poll have no influence on any of MLive’s postseason honors and are strictly for bragging rights and to express fan appreciation.

Beazley won all three of his matches by pin to win the 285 individual championship on Saturday.

Dobrzasnki won the 100 breaststroke in 56.26 and was a part of Milan’s winning medley relay team to help the Big Reds top Detroit Country Day on Saturday.

McIntyre had a hat trick and an assist on Saturday to help the Bulldogs knock off Dexter. He also scored a goal in Wednesday’s win vs. Jackson Lumen Christi.

Obey led the Big Reds to a 23-point win over Flat Rock on Thursday as she scored a career-high 30 points.

Perry recorded 11 points and three steals in Dexter’s win over Bedford on Tuesday and followed up with 16 points and six steals in Friday’s victory against Huron.

Stille led the Eagles with 21 points in Friday’s win over Saline and added 10 points, five rebounds and four assists in last Tuesday’s victory versus Ypsilanti Lincoln.

Wilson finished 2-0 on Saturday to win the individual district title at 103-pounds.

‘His game will take off’