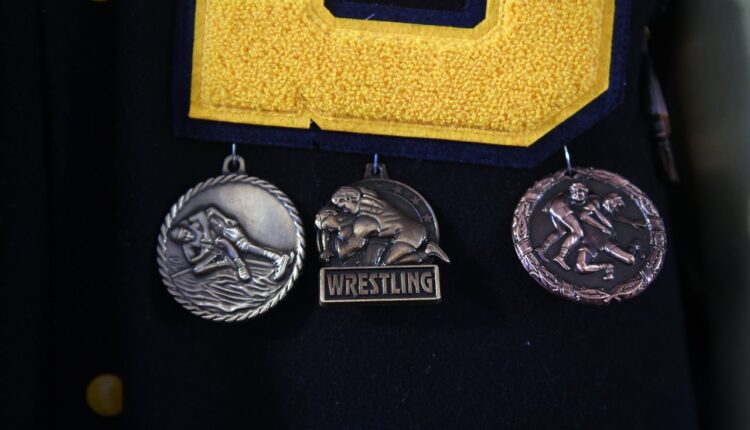 More than a dozen Ann Arbor-area wrestlers competed in the Michigan high school individual regions on Saturday and six of those grapplers advanced to the state finals.

Milan’s Peter Pena, Saline’s Brett Thornell, Chelsea’s Elijah Ratliff and Whitmore Lake’s Robert Cann, Theodore Hoadley and Jaxon Wilson all punched their tickets to the individual finals as they placed within the top four of their weight classes.

Pena was the lone Ann Arbor-area wrestler to win a regional championship as he took home the 140-pound title with a 3-0 record in the Division 3 tournament and improved his overall record to 18-1 on the season.

In the D1 bracket, Thornell battled his way to a second-place finish at 135 as he went 2-1 and increased his record on the season to 34-2.

Ratliff finished fourth at 160 in the Division 2 individual bracket as he went 2-2 and improved his overall record to 39-8 on the season.

Cann and Hoadley each placed second and Wilson finished third for the Trojans in the Division 4 tournament.

Wilson led the Trojans with a win in the third-place match as he ended the day at 3-1 and saw his season record improve to 38-6.

Cann nearly pulled out the regional title at 160 but placed second as he went 2-1 and moved to 41-5 overall and Hoadley also went 2-1 to take second place at 285 and saw his season record improve to 31-12.

The individual state finals are scheduled for March 4-5 at Ford Field.

Check out the latest results and upcoming games in Manistee County

Construction resumes on I-275 on Monday in Metro Detroit