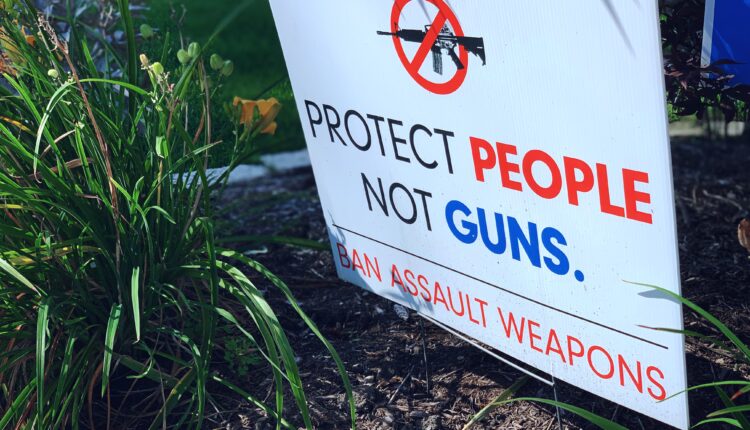 The party-line 25-18 vote followed recent mass shootings in which AR-15 style rifles were used — in Uvalde, Texas, where 19 children and two teachers were murdered, and Buffalo, New York, where 10 people were killed.

If the ban were to be enacted into law, anyone owning the firearm banned in the bill would have their weapons grandfathered in, so they would not have to give up their firearms.

“As we have learned all too well in recent years, assault weapons — especially when combined with high-capacity magazines — are the weapon of choice for mass shootings,” Nadler said in his opening statement. “Quite simply, there is no place for them on our streets.”

It also bans high capacity feeding devices, such as magazines, strips and drums that are capable of accepting more than 10 rounds.

The bill has a chance of passing the Democratic-controlled House, but a slim chance of success in the evenly divided Senate, where it would need to reach a 60-vote threshold. Congress passed the most comprehensive federal gun safety legislation in nearly 30 years in late June.

“We are paying for these weapons of war on our streets with the blood of our children sitting in our classrooms,” Rep. Lucy McBath, a Georgia Democrat who lost her son Jordan to gun violence, said.

Rep. David Cicilline, a Rhode Island Democrat and the sponsor of the bill, played a one-minute audio clip of a student from the Marjory Stoneman Douglas High School mass shooting in Parkland, Florida, in 2018, calling a 911 operator. Gunshots from the AR-15 used in the shooting could be heard, as well as the screams of students.

Sheena Billups prepares to lay flowers in a memorial setup at Marjory Stoneman Douglas High School for those killed during a mass shooting on February 14, 2019 in Parkland, Florida. | Joe Raedle, Getty Images

“Dangerous military weapons that were created to fight on the battlefield and slaughter enemies do not belong in the neighborhoods and schools and movie theaters where we live,” Cicilline said.

Rep. Madeleine Dean, a Pennsylvania Democrat, slammed Republicans for refusing to address the fact that there are thousands of victims of mass shootings, and that Congress has a duty to try to prevent future mass shootings.

Republicans did not focus on the victims of mass shootings, but instead argued that the assault rifles that Democrats wanted to ban were not technically “weapons of war.”

Rep. Thomas Massie, a Kentucky Republican, said that Democrats were       trying to ban “the most commonly sold sporting weapons.”

“Democrats know this legislation will not reduce violent crime or reduce the likelihood of mass shootings, but they are obsessed with attacking law-abiding Americans’ Second Amendment liberties,” the top Republican on the committee, Rep. Jim Jordan of Ohio, said.

Jordan, along with other GOP members on the committee, argued that a ban on assault weapons would not lead to fewer mass shootings and that the previous 10-year assault ban did not decrease violence.

Research from a group of injury epidemiologists and trauma surgeons has shown that “between 2004 and 2017 — the last year of our analysis –— the average number of yearly deaths attributed to mass shootings was 25, compared with 5.3 during the 10-year tenure of the ban and 7.2 in the years leading up to the prohibition on assault weapons.”

Rep. Steve Chabot, an Ohio Republican, said that adding a ban on assault weapons was a violation of the Second Amendment.

“Semi-automatic firearms are protected by the constitution,” he said.

Republican Rep. Chip Roy of Texas introduced an amendment to the ban that would exempt those who live within 10 miles of international borders, in order to protect themselves because the Southern border is “wide open and dangerous.”

Reps. Matt Gaetz, a Florida Republican, and Andy Biggs, an Arizona Republican, neither of whom represent districts near the border, tried to argue that the increase of migrants at the border posed a threat to Americans.

The comments from Biggs about the border caused a member of the audience, gun safety advocate and Marjory Stoneman Douglas school shooting survivor David Hogg, to interrupt the hearing. He yelled at Biggs that guns used in mass shootings in Parkland, Buffalo and El Paso, Texas, did not come from Mexico and that shooters were “inspired by racist, anti-Black, anti-immigrant manifestos” that the GOP is using as talking points.

Capitol Hill security escorted Hogg out of the hearing room. A demonstrator holds a sign depicting an assault rifle at a protest against President Trump’s visit, following a mass shooting which left at least 22 people dead, on August 7, 2019 in El Paso, Texas. | Mario Tama/Getty Images

Rep. Veronica Escobar, a Texas Democrat, said the language that Gaetz and Biggs were using to describe immigrants was similar to the beliefs that drove a white supremacist to murder 23 Latinos in her district in El Paso on Aug. 3, 2019. The racist manifesto from the gunman railed against a “Hispanic invasion.”

Escobar also said she “knew that it would only be a matter of time before our Republican colleagues pivoted to the border — their mingling of xenophobia with guns was unfortunately only too predictable.”

Escobar pointed out that she is the only member of the committee who actually lives on the border and raises her children there.

“This amendment and the language that they use is an invitation to violence,” she said.

Republicans did not respond to her statements that their rhetoric could incite violence against immigrant communities.

The Department of Homeland Security in June issued a warning that “some domestic violent extremists have expressed grievances related to their perception that the U.S. government is unwilling or unable to secure the U.S.-Mexico border and have called for violence to stem the flow of undocumented migrants to the United States.”

Democrats spent most of the hearing arguing that a ban on assault weapons could have prevented mass shootings in Las Vegas in 2017, where 60 people were gunned down at a concert and another 413 shot; the Pittsburgh synagogue shooting in 2018, where 11 worshipers were murdered in an antisemitic attack; and the Aurora, Colorado, movie theater shooting that left 10 dead and another 70 injured; among others.

So far this year, there have been 356 mass shootings, according to the Gun Violence Archive.

Republicans submitted 11 amendments to the bill, but none passed.

The amendments that Republicans introduced touched on GOP talking points, such as an amendment from Roy to prohibit people living in cities that have decreased police budgets from owning assault rifles.

The committee was scheduled to mark up another gun-related bill, one that would allow civil lawsuits against gun makers, distributors, sellers, or trade associations in state or federal court, but ran out of time The markup for that bill is not yet scheduled.

That bill, H.R. 2814, the Protection of Lawful Commerce in Arms Act, provides immunity in state and federal courts from civil liability for licensed manufacturers, distributors, and dealers of firearms, trade associations from negligence and product liability actions.

House Democrats also held a Wednesday hearing with several CEOs of gun manufacturers looking at their role in gun violence.

The chair of the U.S. House Committee on Oversight and Reform Carolyn B. Maloney of New York asked for appearances by Marty Daniel of Daniel Defense, LLC in Georgia, Mark P. Smith of Smith & Wesson Brands, Inc. in Massachusetts, and Christopher Killoy of Sturm, Ruger & Company, Inc. in Connecticut.