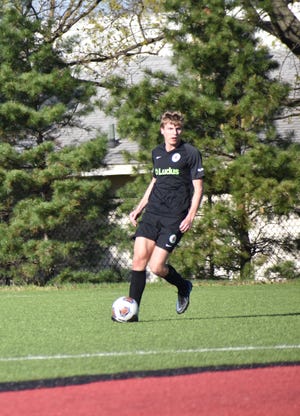 The Tulips played very well in the first half creating many strong scoring chances, but the half ended 0-0. In the second half, again the Holland side played well, but the Robins started to press, and TCU keeper Andrew Marsh made some incredible saves to keep Lansing off the score sheet.

In the 90th minute, Marxus Lugo took a direct kick that Connor Fowler was able to skip pass with his head to Levi Crooks who nodded the ball past into the net for the dramatic 1-0 win.

“We played well,” said Tulip City United coach Greg Ceithaml. “I was very proud of the way we moved the ball in such a hostile environment. The Robins had 500 vocal fans packing the stands. Our players kept their poise, maintained their focus, and earned a good win on the road.”

Tulip City United is now 4-2-3 for the season and the Holland club will host the Michigan Stars from Detroit on Saturday, July 9 at 6:00 pm at the Holland High soccer field.