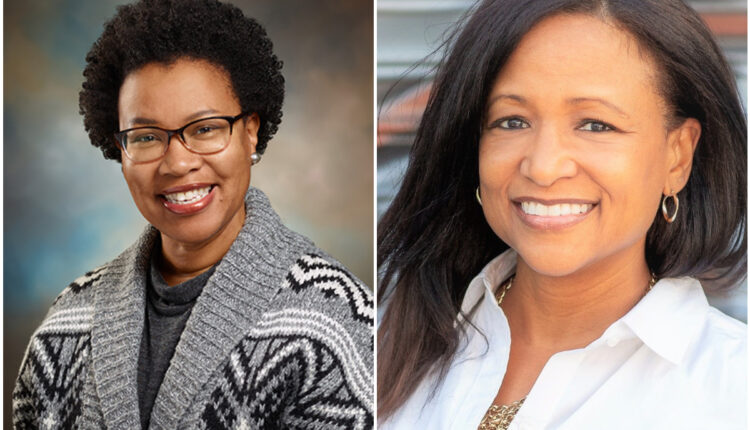 The making of the Detroit Food Commons – a real estate development complex which will house a full-service, community-owned grocery store to increase resident access to fresh food – is a story of vision and collective action.

The Detroit Black Community Food Security Network (DBCFSN), Develop Detroit Inc, co-op members and residents came together to celebrate the beginning of construction on the Detroit Food Commons in April.

More than a decade in the making, the Detroit Food Commons will be located on the corner of Woodward Avenue near East Grand Boulevard in Detroit’s historic North End neighborhood.

The establishment of the Detroit Food Commons is something to celebrate and represents a recognition of community effort, the value of local land ownership and development, the importance of cooperative economics, healthy food access, and support for local Black leadership.

It is also the story of Black professionals working in philanthropy, representing different missions, but coming together to utilize our important network. We wanted to support the work of an organization focused on advancing food sovereignty in a community where this model is desperately needed.

Detroit has many bright spots, but food sovereignty and access to healthy, fresh, affordable, local food has long been a challenge for Detroiters. DBCFSN and their D-Town farm has been a key player in ensuring that Detroiters have access to healthy food, and that Black Detroiters, in particular, have access to land, seeds and all of the provisions needed to feed themselves and their families with dignity and self-sufficiency.

Philanthropy, which provided the final push after years of community support, effort and foundational work was completed, can play a vital role in supporting a community’s vision and needs.The Detroit Food Commons project, and the type of collaboration it fostered, should be the norm for future projects.

As the work of DBCFSN and the reach of D-Town farm grew, the vision of Detroit Food Commons became a regular part of conversations between the W.K. Kellogg Foundation (WKKF) and DBCFSN Executive Director Malik Yakini, and eventually grew into a viable project in need of funding. WKKF staff, in turn, leveraged their relationships with many of Detroit’s Black philanthropy professionals, broadening support for the project.

Development projects in general require significant and varied financial support; projects like this led by Black developers in neighborhoods often viewed as less attractive to traditional investors tend to prove even more challenging.

Black professionals within foundations sometimes find themselves in a strained position sandwiched between the ever-evolving relationship between community and institutions. However, in supporting the Detroit Food Commons effort, we worked together to increase our reach and impact and do our part to create a more equitable Detroit. The significance of the project was clear to us all and it was an opportunity to support our shared priorities.

Once we saw everyone’s interest in and commitment to the project, the philanthropic work began. We invited colleagues to meetings. We worked together to structure program related investments (PRIs) and coordinate grant funding. We worked very closely with Malik Yakini and Sonya Mays of Develop Detroit. It was truly a collective effort. Much like the Detroit Food Commons, itself a model of cooperation and Black leadership, this philanthropic support developed in the same way, bringing together investment from the W.K. Kellogg, Max M. & Marjorie S. Fisher,  Ford, Knight  and  Kresge foundations, for a combined investment of more than $6 million. This group, in turn, leveraged even more with funding from a public and private partnership model that included support from the McGregor Fund, General Motors,  Community Foundation for Southeast Michigan, MEDC and the city of Detroit.

We wrote this not to be acknowledged for our support. Foundations are often acknowledged for their support –sometimes embarrassingly so, and to a degree that unfairly overshadows the real work done by communities. We wrote this to emphasize the importance of Black professionals in philanthropy working together.

The Detroit Food Commons is many things, including an excellent example of what can be accomplished through Black leadership and collaboration in our city. It is our intent to recognize and acknowledge this as a rare collective philanthropic effort. We insist that there will be more to come.

*In the interest of disclosure, BridgeDetroit is funded by some of the foundations included in this opinion. A full list of donors can be found here.

authored by
First published at https%3A%2F%2Fwww.bridgedetroit.com%2Fopinion-mountains-move-when-black-leadership-collaborates%2F