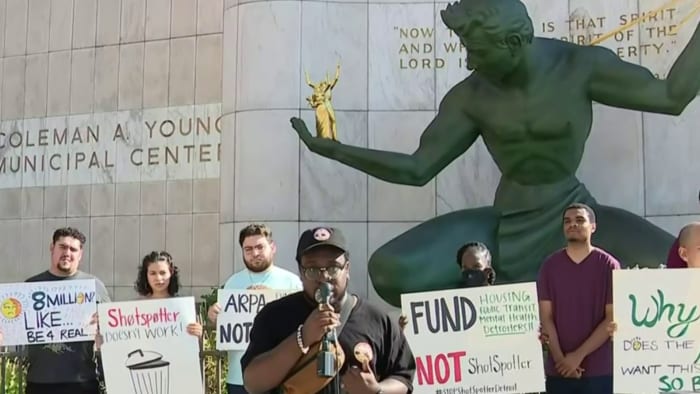 DETROIT – ShotSpotter is technology used to pinpoint gunfire, but it’s drawn a lot of controversy in Detroit.

The program uses microphones placed around communities to listen for gunfire and report the sound to Detroit police. Amid a summer where mass shootings have been seemingly inescapable, the City of Detroit is looking to spend another $8 million, this time in federal money, to expand the program.

Detroit Councilwoman Gabriela Santiago-Romera said ShotSpotter will surveil “our most Black and brown and poor communities in the city when we know that crime declines in communities that have seen investments in their street lights, small businesses and a reduction of blight.”

There have been findings that ShotSpotter may not be all it’s cracked up to be. Recent reporting from the Macarthy Center for Justice found 86% of shots found in Chicago didn’t turn up any evidence of a crime and a report from Motherboard last year found ShotSpotter analysts in other cities admitted to changing records to make it appear there were gunshots when there weren’t.

Still, the company said it’s 97% accurate in finding shots fired and white called ShotSpotter a tool that’s supported by some in those same neighborhoods. He said they had 7,000 ShotSpotter findings, but just 700 calls for shots fired to 911.

“That’s a powerful realization. That means that we have members in our community that are not calling 911 when they hear shots fired so that should be concerning for all of us,” White said.

The next step here is a vote by the city’s Public Health and Safety Committee that happens on Monday. If it gets approved there, it will be sent to the full council on Tuesday for a vote.

Here are 7 ways to celebrate Hispanic heritage in Greater Lansing