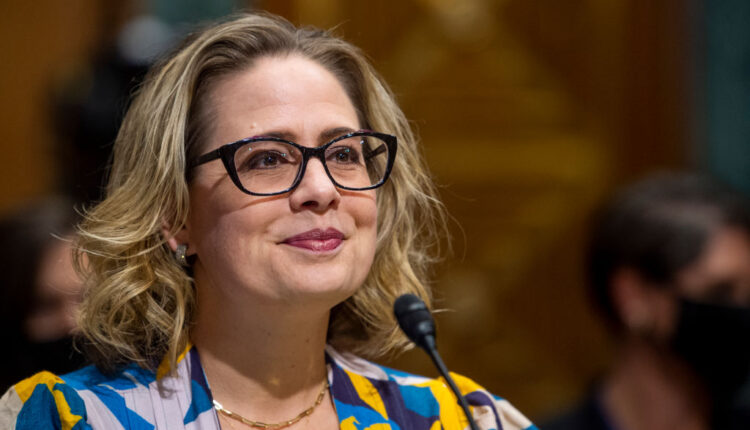 Sinema won’t back changes in the Senate filibuster, in setback for voting rights ⋆

Sinema said during a Senate floor speech that she believed any changes to the filibuster would continue to create political division, despite her concerns over a wave of state laws that would restrict voting rights and her support of two voting rights bills.

Her remarks came just before President Joe Biden was set to visit the Senate Democratic caucus on Capitol Hill to lobby for revisions in the filibuster.

“While I continue to support these bills, I will not support separate actions that worsen the underlying disease of division infecting our country,” Sinema said.

In a second blow to Democrats’ hopes of passing voting rights legislation soon in the evenly divided Senate, Sen. Brian Schatz of Hawaii announced Thursday he has tested positive for COVID-19 and is in isolation.

The president and Senate Majority Leader Chuck Schumer have spent the past week making the case to amend Senate rules and require only a simple majority rather than a 60-vote threshold to pass the John R. Lewis Voting Rights Advancement Act and the Freedom to Vote Act.

The House on Thursday passed on party lines 220-203 the voting rights bills tacked on to an unrelated NASA bill. The move allows the Senate to more quickly bring the legislation up for debate, but Republicans can still block a final vote.

Senate Republicans have repeatedly blocked debate on any legislation relating to voting rights. Democrats have tried to pass the legislation in response to Republican-led state legislatures’ passage of bills with strict voting requirements.

The Brennan Center for Justice at the New York University School of Law found that from Jan. 1 to Dec. 7 of 2021, at least 19 states passed 34 laws restricting voting access.

Schumer, along with other Senate Democrats, have met with Sinema to push her to consider a special carve out of the filibuster, but she has remained consistent in her opposition to any reform to the filibuster while still saying she supports the voting rights bills.

Schumer has said that he wanted to either start debate on changing the Senate rules or passing voting legislation by Martin Luther King Jr. Day, which is Monday.

Senate Republicans praised Sinema for her speech. Senate Minority Leader Mitch McConnell said that she had the “political courage to save the Senate as an institution,” according to Capitol Hill pool reports.

“gr8 speech by Sen Sinema on bipartisanship/I too hv not given up on easing divisions in politics &working in a bipart way 2benefit Iowa,” GOP Sen. Charles Grassley of Iowa tweeted.

A top candidate for the U.S. Supreme Court has roots in Miami ⋆