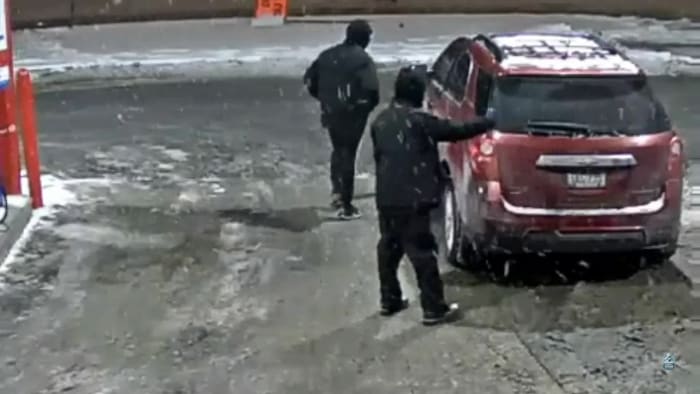 DETROIT – Detroit police are searching for two men who assaulted a woman at gunpoint as she was exiting a gas station.

Officials said the carjacking happened around 10:15 p.m. Wednesday (January 26) at the 11500 block of Hamilton Avenue.

A woman told police that as she was exiting the gas station, a man pointed a gun at her and demanded her keys. She said he then got into the driver’s seat of her red 2014 Chevrolet Equinox, according to authorities.

Police said a second man climbed into the passenger seat of the woman’s car before they fled north on Hamilton Avenue.

Anyone with information is asked to call the Detroit Police Department Commercial Auto Theft Division at 313-596-2555 or Crime Stoppers at 1-800-SPEAK-UP to remain anonymous.

A 2014 Chevrolet Equinox stolen in a Detroit carjacking on January 26, 2022. (Detroit Police Department)