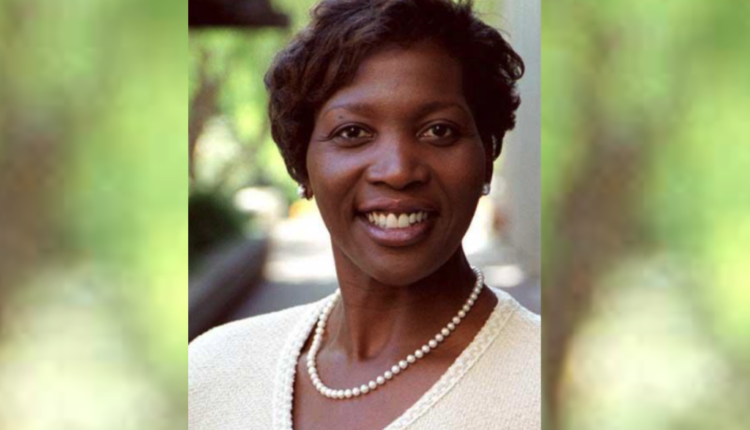 The U.S. Senate on Tuesday confirmed Michigan State University economist and professor Lisa D. Cook to become the first Black woman to serve on the Board of Governors of the Federal Reserve System.

“I’d like to thank President Biden for nominating me to serve on the Board of Governors of the Federal Reserve System,” said Cook, a professor in the Department of Economics in MSU’s College of Social Science and a professor of international relations in James Madison College. “I’m honored to serve the public through this important U.S. institution.”

Cook’s confirmation continues a connection between MSU and the board. The first Black man to serve on the Federal Reserve Board of Governors was Andrew F. Brimmer who also was an assistant professor at MSU’s Department of Economics from 1958 to 1961.

“I offer my sincere congratulations to Professor Cook being confirmed as a governor of the Federal Reserve System,” said MSU President Samuel L. Stanley Jr., M.D. “Her background, scholarly activity and prior governmental experience make her an outstanding candidate for this vital position.”

Cook will now have to resign her position on the board of directors of the Federal Reserve Bank of Chicago, to which she was elected in 2021. Additionally, Cook has been a member of the Federal Home Loan Bank of Indianapolis Board of Directors, one of 11 independent regional cooperative banks across the United States.

Cook also served on both the Obama-Biden and Biden-Harris transition teams, as well as a senior economist at the President’s Council of Economic Advisers under the Obama administration, where she worked on the eurozone, financial instruments, innovation and entrepreneurship.

The Milledgeville, Ga., native is from the same town that produced Motown Records founder Berry Gordy Jr.’s parents, Bertha and Berry Sr. Cook earned a bachelor’s Spelman College in Atlanta and earned a second bachelor’s degree in philosophy, politics and economics from Oxford University. She later earned a doctorate from the University of California, Berkeley, in macroeconomics and international economics.

Of the five nominees so far put forward by the Biden Administration for the Fed, Cook is only the second to win Senate confirmation amid increased scrutiny over policy issues including the role of climate change on financial stability and racial disparities in employment.

On Tuesday, Biden called on the Senate to approve his nominees as the Fed seeks to combat inflation.

“I’ll never interfere with the Fed’s judgments, decisions, or tell them what they have to do — they’re independent,” said Biden. “I believe that inflation is our top economic challenge right now, and I think they do, too.”

2 males, 1 woman sought in carjacking Monday on Detroit’s west side