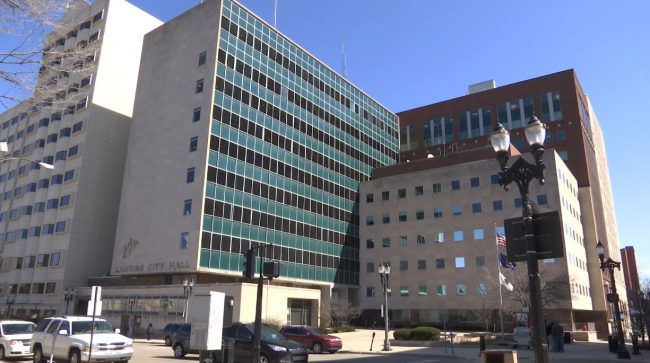 LANSING, Mich. (WLNS) – A bond proposal for a new Lansing public safety complex has been approved by the city council Monday night. The millage proposal is now heading to the November ballot.

If passed, the nearly $175 million dollar bond would tackle a list of infrastructure issues and bring the offices of the city’s police, fire and courts under one roof.

“We’re actually losing members on a daily basis and as fire chief, I have a responsibility to do anything and everything I can to minimize those impacts,” said Lansing Fire Chief Brian Sturdivant.

He was one of several public service leaders who answered questions from city council members on the bond proposal. Sturdivant said current stations did not give firefighters enough room to safely store gear away from where they stay while they are on duty. He said his major concerns are the health of his team, readiness and an upgraded facility that will help recruitment.

“This upgrade to our facilities, what we plan to do with upgrading our fleet. Those are things that cause a young firefighter candidate to say “hey, regardless of 25, 30 thousand calls a year they are running in Lansing, I want to work for that organization because they have proven that they take care of their firefighters,” he said.

If passed by voters, the millage would fund renovations to three fire stations, replace another and move fire training and administration to the new building. The complex would also house the district court and detention areas. Judge Stacia Buchanan said it would be a safety upgrade for both the public and court staff.

“We’ve had instances of intimidation of witnesses who did come to court. But we also have even moving an inmate down the hallway, when a witness is sitting there, even when they’re in shackles, can be a very intimate situation,” said the 54-A district court judge.

Lansing police offices would move from its downtown and Wise Road locations to the complex. Department officials said the operations center is well beyond it’s life span. Chief Ellery Sosebee said the bond would bring much needed upgrades that have been in the works for years.

“It’s not going to be any cheaper and its something that has to be addressed and dealt with at some point and I think the voters are smart and understand that and know now is the time,” he said.

Some council members voted to approve the proposal, while still wanting on more details. Voters will have their say about the on project during the November 8th election.