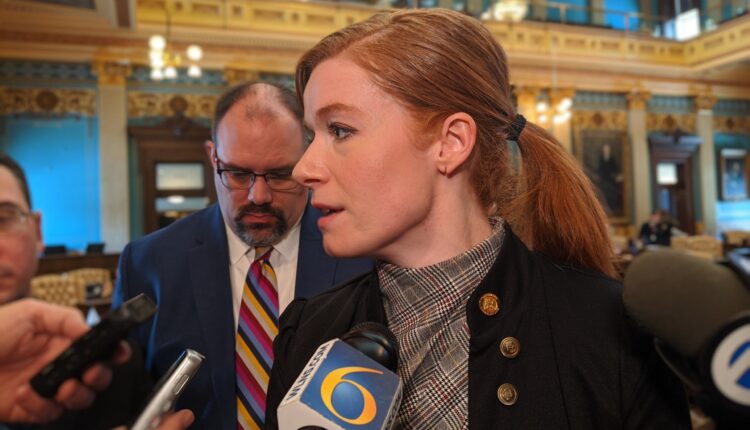 WASHINGTON — Witnesses told a U.S. House committee on Wednesday that pregnant patients who can’t obtain abortions will face higher mortality rates if they are forced to carry their pregnancies to term.

“It is essentially a death sentence,” Michele Bratcher Goodwin, the chancellor’s professor of law at the University of California, told lawmakers.

Democratic state legislators from Michigan and Georgia added that Black and low-income pregnant patients would suffer under the recent U.S. Supreme Court decision that overturned the constitutional right to abortion.

“Simply put, we would be outlawing access to (health) care,” Renitta Shannon, a member of the Georgia state House of Representatives, said.

She said that rural Georgians are particularly vulnerable, as many don’t have broadband internet, which would help them get information online on where to obtain an abortion. They also face additional barriers in obtaining transportation to those clinics, she said.

Chairwoman of the House Oversight and Reform Committee Carolyn B. Maloney said the Dobbs v. Jackson Women’s Health Organization ruling on June 24 “takes us backwards,” and warned that Republicans are pushing for a nationwide ban on abortion.

The New York Democrat added that House Democrats are doing everything they can to enshrine in law Roe v. Wade, the court ruling on abortion rights that was overturned, but there are not enough votes in the evenly divided Senate to do so. The Democratic-controlled House is expected to vote later this week on abortion legislation.

Wednesday’s hearing in the House was one of four in Congress this week on abortion as lawmakers struggle to assess the impact of the sweeping court ruling on pregnant patients and abortion care providers.

“When states coerce and force women, girls, and people with the capacity for pregnancy to remain pregnant against their will, they create human chattel and incubators of them,” Goodwin said in her testimony.

“There is an insidious and odious irony to this, because Congress abolished human slavery in the U.S., and repealed draft laws that forced young men to surrender their bodies to the state in order to protect our nation,” she said.

“Today, with two dozen ‘trigger’ bans going into effect, involuntary reproductive servitude has returned, but only for women, girls, and pregnant capable people.”

Maloney said the committee tried to get abortion providers to testify, but she said they were afraid they would be subject to violence if they spoke out before Congress.

Republicans on the committee focused on threats aimed at the right-wing Supreme Court justices who backed the Dobbs ruling.

Abortion rights protestors have marched outside the homes of justices Brett Kavanaugh and Amy Coney Barrett. A man with a gun was arrested near Kavanaugh’s home, and later arraigned on one count of attempting to assassinate a Supreme Court justice, the Guardian reported.

The committee’s top Republican, Rep. James Comer of Kentucky, said that Democrats are “fearmongering” the Dobbs decision and criticized them for not denouncing attacks on “crisis pregnancy centers.”

Such nonprofits look like real health care clinics but are used to persuade pregnant patients to not get an abortion.

Rep. Jackie Speier, a California Democrat, said that Democrats have always denounced violence and called out Republicans for not recognizing the 11 people who have been murdered at abortion centers or the 186 arsons at those centers.

“You have very selective memories,” she said.

“I can’t begin to tell you, having wanted that fetus to become a baby and know that it was dead in my body, and I had to walk around with that,” Speier said.

Rep. Cori Bush, a Missouri Democrat, said bans on abortion not only affect women, but also nonbinary people and transgender men, who can become pregnant.

Bush said that she was concerned about the criminalization of people who seek and provide abortions. She asked Shannon what measures are being taken in Georgia to prevent that.

Shannon said local prosecutors have announced that “they will not use government funds to investigate folks for having abortions.”

“Babies can be female as well, so it’s definitely pro-women in that sense,” Hawley said.

She argued that abortion access should not be considered health care. She said that “health issues that may have been fatal to the mother 50 years ago can now be quickly diagnosed and treated, with public and private resources to cover the costs if needed.”

Mallory McMorrow, a Democratic Michigan state senator from Royal Oak, noted abortion is still legal in her state due to a preliminary injunction that blocks the enforcement of a 1931 law that would outlaw abortion.

“The way the language is written, our attorney general has warned that the law could be interpreted to include self-managed medication abortions — meaning that not only would doctors and medical professionals be sent to jail, but so too would countless women and girls,” she said.

She added that the abortion that she had saved her life and said she’s worried others won’t have the same access to that care that she had.

Another witness, Sarah Lopez of Texas, said that she had to jump through several hoops to obtain her abortion, including a waiting period.

“My abortion was the best decision I ever made, and it was an act of self-love,” she said.