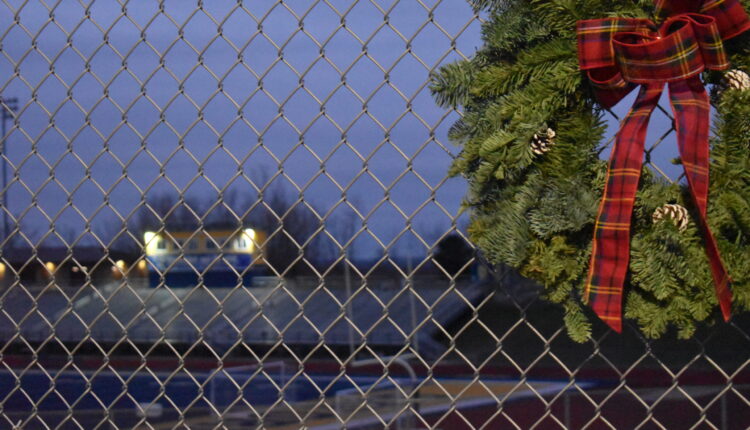 State leaders and families criticized Oxford Community Schools Wednesday for refusing an attorney general investigation into the events that led up to a deadly school shooting in November.

“My goal is not to assign blame, but to help identify ways to improve school safety for Oxford and all schools in Michigan. The school board’s unwillingness to partner with my department on this effort flies in the face of transparency,” said Attorney General Dana Nessel after the Oxford Community School District Board of Education this week declined another offer to perform an independent investigation.

Her first offer came just weeks after the shooting, but the district denied an external investigation. She renewed her offer last month.

Michigan Attorney General Dana Nessel in responding to comments from Sen. Lana Theis said “that children can be taught to protect themselves.” | Andrew Roth

Nessel said the rejection sends a message that the board is “more focused on limiting liability” than to address the outcry from the Oxford community.

The school shooting left four students dead and seven people injured. The gunman, 15-year-old Ethan Crumbley, is charged with murder and other counts for carrying out the shootings with a gun gifted to him by his parents, James and Jennifer Crumbley.

The district has been criticized for missing clear signs of distress from Crumbley before the shooting began. He was caught with graphic drawings and searching for ammunition on his phone. His parents were called in for a meeting the day of the shooting, but Crumbley was released back to class afterward.

Attorney Ven Johnson, who is representing the parents of Oxford High School shooting victims Tate Myre and Keegan Gregory, held a press conference Wednesday afternoon calling for cooperation and transparency from the board.

“It’s one tragedy after another in this situation. And the one thing that could be done that the school board controls is having an investigation, and if they didn’t want to do it and pay for it,” Johnson said. “The victims have been victimized again.”

Nessel has offered twice to investigate the events that led up to the shooting, but said she can only perform “an exhaustive and thorough” review with the cooperation of the board.

“It’s very disappointing, but it’s also super-confusing to me,” said Meghan Gregory, the mother of one of the victims, Keegan Gregory. “I don’t know why they keep saying that they need anything from the Oakland County Sheriff or the prosecutor’s office when it’s an internal investigation. They’re the ones that know what happened that day. They’re the ones that know what the breakdown would have been and where the breakdown happened. And that’s what we’re looking for.”

In a statement on Tuesday, the district said it has been cooperating with the ongoing criminal investigation, but that has delayed the release of information that “could be essential to our extensive review.”

The district also stated that the legal team is overwhelmed with numerous lawsuits at the state and federal levels.

“Given the nature and breadth of the current criminal and civil proceedings, the review of the tragedy and associated events of November 2021 will not occur until the criminal and civil litigation is completed. Once the litigation process is completed and all information has risen to the surface, a team of experts will conduct a third-party review. Our subcommittee has begun the process of vetting potential third-party entities to complete this part of the review,” the district stated.

The Michigan Education Association (MEA) is calling on the state House to immediately take action on legislation that would provide relief from days and hours, testing and evaluation requirements for Oxford Community Schools students and educators. State Sen. Rosemary Bayer (D-Beverly Hills) introduced Senate Bills 940 and 941 and the bills were unanimously approved by the Senate in late March.

But the House hasn’t taken action.

“I am frustrated by the lack of action in our House chamber to provide Oxford Schools with testing and instructional days relief,” said Rep. Darrin Camilleri (D-Brownstown Twp.), a former teacher. “The MEA is absolutely correct: Republican House leadership must put Senate Bills 940 and 941 up for a vote immediately in order to prevent Oxford Schools from being penalized due to this painful event.”

While some money has been allocated to Oxford Schools in the proposals for the  upcoming budget, MEA President Paula Herbart says “time is running out.”

“No one in Oxford should be waiting for the budget process to play out to have certainty on how this school year will come to a close,” Herbart said. “Oxford students and educators shouldn’t face the choice of having to make up time or lose funding as a result of this tragedy. They need the state House to take action now and pass the Senate’s common-sense relief bills.”