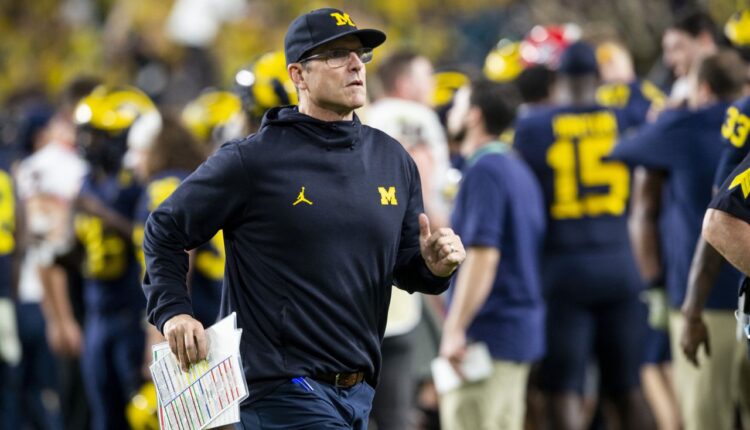 Jim Harbaugh got his new contract.

The head football coach and the University of Michigan have agreed to a new five-year deal, touted as “reworked” by the school, that will keep Harbaugh in Ann Arbor for the foreseeable future, it was announced Wednesday.

While the release was scanned on particulars, the new agreement “alters the terms and length of the deal signed last January by an additional season,” keeping Harbaugh under contract through the 2026 season.

“I love Michigan football, the University of Michigan and the Ann Arbor community,” Harbaugh said in a published news release. “My family and I are excited to continue leading this football program, and we are thankful for the support that our athletic department and university administration have demonstrated toward the team.

“I appreciate all that our players, coaches and staff are doing to excel on and off the football field. My enthusiasm for tomorrow, the day after and every day following is as high as ever, and we are ready to get on the practice field and start preparations for the 2020 season. go blue!”

Michigan touted the football team’s success in the classroom under Harbaugh, who just wrapped up his seventh season in Ann Arbor. He’s compiled a 61-24 record during that span with four 10-win seasons, highlighted by a Big Ten championship and trip to the College Football Playoff in 2021.

The new contract comes just two weeks after Harbaugh reportedly told Manuel he was done fielding NFL offers. Harbaugh spent most of January gauging interest to return to the professional ranks, even interviewing for the Minnesota Vikings’ head-coaching vacancy, before ultimately deciding to return to Michigan.

It was just last year when Harbaugh signed a new five-year contract that halved his base pay and incentivized more on-field success. He more than delivered, leading the Wolverines to their best season yet under his tenure: A 12-2 record, win over arch rival Ohio State, their first conference championship in nearly two decades and first CFP berth.

Harbaugh was also named college football’s coach of the year by the Associated Press.

“Jim has done a great job coaching and developing the young men in our football program,” Michigan athletic director Warde Manuel said in a release. “Last season, Jim along with the staff and players delivered a memorable season that will remain with us for a long time.

“As coach said, this is just the beginning.”

These 22 Lansing Restaurants Serve Up the Best Breakfast Around