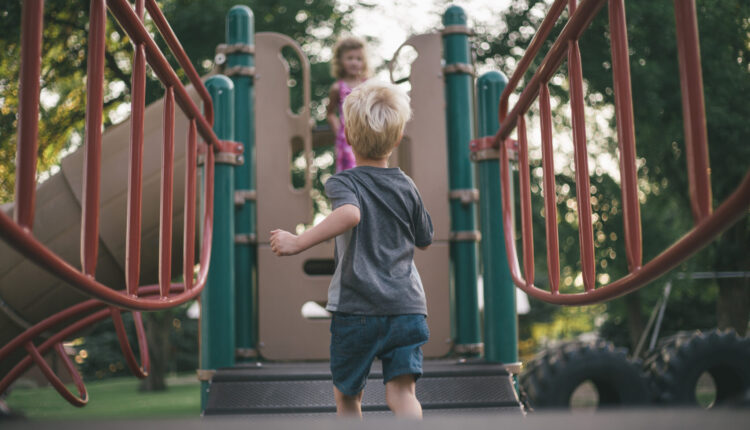 The pandemic has been marked by economic hardship, as tens of millions of people lost work due to the uncertain and changing circumstances of COVID-19.

As Americans have coped with the effects of the pandemic, the U.S. Census Bureau began conducting a survey to measure how households were impacted. Part of the data included whether households had enough food to eat, or if they had any difficulty covering their usual household expenses.

“We’ve seen the data. Whenever cash was sent out to households through the economic impact payments, we’ve seen rates of material hardship drop considerably. So people are able to take that cash and apply it directly to the needs of their household,” Cooney said.

Over the course of the pandemic, Congress has passed a number of cash-based measures including the Coronavirus Aid, Relief, and Economic Security Act (H.R.748) in July 2020, Consolidated Appropriations Act (H.R.133) in December 2020 and the American Rescue Plan Act (H.R.1319) in March 2021. These measures provided relief including stimulus checks, expanding unemployment insurance, and providing monthly payments to families through the expanded child tax credit.

These forms of nearly-universal, cash-based relief flipped the traditional U.S. social safety net on its head, Cooney said. Traditionally, this safety net is narrowly defined, with Supplemental Nutrition Assistance Program (SNAP) benefits for food, or housing assistance. These programs dictate what you can spend them on and are targeted towards the lowest-income individuals, Cooney said.

“By having this kind of flexible cash resource, people can apply it, [however it] suits their family’s needs versus having more narrowly defined in-kind benefits that you have to use for a specific purpose,” Cooney said.

According to U of M Poverty Solutions researchers, these policies showed historic success at reducing hardship and poverty, stabilizing households, and jumpstarting the economic recovery.

At the end of 2021, Poverty Solutions found that low-income households had more cash on hand than in 2019. The number of Americans with poor credit scores also fell to the lowest rate in at least 16 years.

“Families with children face additional demands on their income,” Cooney said. “You need to pay for additional food and school supplies and clothes, and so there’s stressors on household income.”

Throughout the pandemic, adults with children have seen higher rates of food insufficiency than those without, according to a policy brief co-authored by Cooney. Even after the introduction of federal relief packages in December 2020, and March 2021 the gap persisted. However, this gap narrowed after the introduction of the expanded child tax credit, which provided families with monthly payments of $300 for every child under 6 and $250 for every child ages 6 to 17.

Researchers found a similar pattern in rates of financial instability with rates of food insufficiency and financial insecurity dropping after the disbursement of child tax credit payments in July 2021.

Rates of hardship rose across the board in September 2021 with the expiration of expanded unemployment, but food insufficiency remained low for adults with children compared to adults without children.

Following the expiration of the expanded child tax credit in 2022, rates of food insufficiency and financial instability rose for adults with children while measures remained stable or declined for adults without children.

“The one element of the pandemic safety net that we thought was going to be maintained was the expanded child tax credit. We thought there was a real chance that that was going to become a permanent measure,” Cooney said.

While current labor market conditions are favorable, rates of material hardship for households with children have risen considerably since the start of 2022, Cooney said. With hardship increasing in the face of rising prices, it suggests a potential need for more government support, Cooney said.

“[The expanded child tax credit] is something that can really only be done at the federal level, it’s a little too large oftentimes for states to do,” Cooney said.

Alongside supporting a generous child tax credit, policy experts from the Michigan League for Public Policy (MLPP), a nonpartisan Lansing-based think tank, say there are efforts that can be made at the state level.

Peter Ruark, the organization’s senior policy analyst, said the MLPP would like to see unemployment insurance made more accessible for lower-paid workers.

“Lower-paid workers are already at risk of economic hardship just by virtue of being lower-paid workers. And then if they become unemployed they likely have not been able to save a lot due to low wages. That could lead to some real catastrophe,” Ruark said.

Additionally, Michigan could do much better in providing cash assistance, Ruark said. However improving this program could be a hard sell with the GOP-led Legislature.

Ruark complimented the Democratic Gov. Gretchen Whitmer administration for raising the asset limit to receive food assistance from $5,000 to $15,000, though the league would like to see the limit eliminated altogether.

Broad support for expanding the EITC

In terms of supporting adults with children, Ruark said the Earned Income Tax Credit (EITC) and childcare assistance are two very significant tools the state can use to reduce poverty.

“Childcare is expensive, so when the state can subsidize a significant part of that expense for working parents, that enables them to work, to work more and maybe to work at higher-paying jobs,” Ruark said.

Because the EITC is refundable, it’s possible for some individuals to get more money back than they owe.

There is currently a bipartisan bill, SB 417, sponsored by Sen. Wayne Schmidt (R-Traverse City), which would expand the state tax credit from 6% to 30% of the federal EITC. The MLPP wholeheartedly supports this effort, which means more money into families’ pockets, Ruark said.

“Expanding Michigan’s Earned Income Tax Credit will provide a boost to businesses across Michigan that are struggling to fill jobs,” said Jim Holcomb, president and CEO of the Michigan Chamber of Commerce, after a press conference at the Mackinac Policy Conference. “The business community supports a refundable Earned Income Tax Credit expansion because it provides an incentive for people to go to work and helps working families pay for necessities.”

Holcomb added the Michigan Chamber is encouraged to see “broad bipartisan support” for increasing the EITC expansion and hopes to see it as part of the final deal for the Fiscal Year 2023 budget that Whitmer and GOP legislative leaders are negotiating. The EITC goes to working families and phases out at higher incomes, ending at $57,414 for a couple with three or more children. More than 730,000 Michigan households received the state EITC in 2019, per the governor’s office.

The MLPP also would like to see expansions of the federal EITC enacted as part of COVID relief for childless adults made permanent. This would make more people eligible for the state credit as well, and would grant them a higher credit, Ruark said.

“These are all poverty-fighting tools,” Ruark said.

While Michigan’s current paid sick leave policy currently only applies to employers with 50 or more employees, the MLPP believes this should apply to all employers. This type of policy particularly helps parents, Ruark said.

“If you have to take care of a sick child or pick up your child from school because they’re sick, or spend time with your child in the hospital, some employers will just take that out of your paycheck or even fire you,” Ruark said. “A paid sick leave law would provide protections for that.”