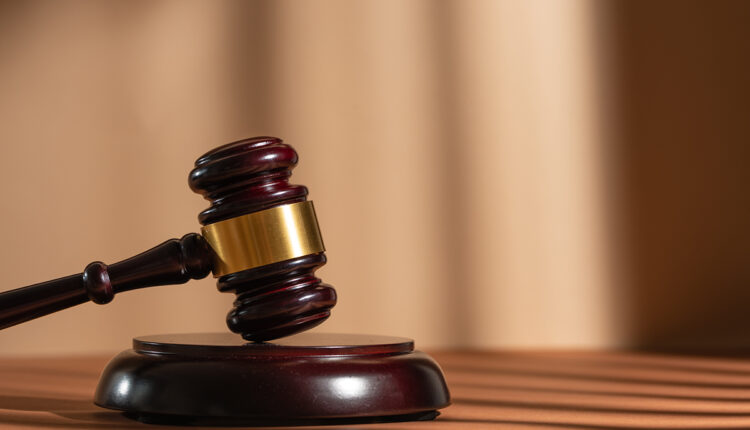 The U.S. Supreme Court sealed the fate of the 1973 Roe v. Wade decision on Friday, overturning the longstanding federal precedent enshrining the right to an abortion and leaving it up to individual states to determine legality.

In a 6-3 majority opinion penned by Justice Samuel Alito, the court determined the Roe decision was wrong to conclude the U.S. Constitution protects abortion rights while weighing the legality of Mississippi law that would make most abortions illegal after 15 weeks of pregnancy. Roe allowed, at a minimum, roughly 24 weeks.

“Roe was egregiously wrong from the start,” Alito wrote.  “Its reasoning was exceptionally weak, and the decision has had damaging consequences. And far from bringing about a national settlement of the abortion issue, Roe and Casey have enflamed debate and deepened division.”

It is time, Alito concluded, “to heed the Constitution and return the issue of abortion to the people’s elected representatives.”

The court’s three liberal justices, each appointed by Democratic presidents, blasted the decision in a scathing dissent, predicting it will curtail women’s rights and “their status as free and equal citizens” in the United States.

“Across a vast array of circumstances, a State will be able to impose its moral choice on a woman and coerce her to give birth to a child,” said the joint dissent from justices Stephen Breyer, Sonia Sotomayor and Elena Kagan.

‘With sorrow — for this Court, but more, for the many millions of American women who have today lost a fundamental constitutional protection — we dissent.”

Chief Justice John G. Roberts joined the majority in striking down a Mississippi law at issue in the case, but criticized them for also overturning a separate case, Roe and Planned Parenthood v. Casey, that reaffirmed right to abortion.

The blockbuster decision was preempted by a leaked draft opinion obtained in May by the news site Politico, which marked a seismic shift in the abortion rights debate nationwide.

Michigan is one of the states with pre-existing laws on the books criminalizing abortion — a law last updated in 1931 makes abortion a felony except in life-threatening pregnancies. Right to Life of Michigan and other groups opposing abortion support keeping that law as is.

But a recent state court decision put enforcement on hold while challenges are pending. Michigan Gov. Gretchen Whitmer, a Democrat, is asking the state Supreme Court to weigh in on the constitutionality of the 1931 law, and abortion rights supporters are circulating petitions to try and enshrine the right to an abortion in the Michigan constitution.

“Today is a sad day for America as an unelected group of conservative judges act squarely against the will of the people and medical expertise,” Whitmer said in a statement.

“I want every Michigander to know that I am more determined than ever to protect access to safe, legal abortion. Now is the time to use every tool in our toolbox to protect women and reproductive health care.”

Right to Life of Michigan, the state’s leading anti-abortion advocacy group, praised the Supreme Court for standing “on the right side of history” and urged abortion rights activists to accept the result “without violence and retaliation.”

“This monumental day gives the states the ability to restore legal rights to the unborn hopefully, in turn, ceasing the unjust slaughtering of the innocent in our country,” Right to Life of Michigan President Barbara Listing said in a statement.

Michigan Attorney General Dana Nessel called the ruling “shocking” and “unnerving” even though it was expected after last month’s draft opinion leak.

“Americans will lose a fundamental right they’ve had for nearly my entire lifetime,” Nessel, a Democrat, said in a statement, reiterating her pledge to not enforce Michigan’s old abortion ban if it is eventually reinstated.

“I will not use the resources of the attorney general’s office to enforce an unconstitutional law that will allow the state into our bedrooms and doctor’s appointments, interfering with our fundamental reproductive rights,” Nessel said. “As long as I’m in office, I will not prosecute women, girls, or their doctors for seeking or providing abortion services. Nor will my staff seek licensure discipline against medical professionals who safely perform these procedures.”

Her presumed opponent in the November election, Matthew DePerno, said he was “thrilled” by the decision and will uphold the 1931 ban on abortion.

“It is deeply troubling that Dana Nessel pledged to not enforce the opinion of the Supreme Court even before their announcement this morning,” he said in a statement. “We cannot have an attorney general who believes she is better than the Supreme Court and the law.”

Dr. Sarah Wallett, chief medical Officer at Planned Parenthood of Michigan, said Friday that she is working with a team of doctors, nurses and health care professionals to “ensure we can provide care to as many patients as possible.”

“Let me be clear — abortion is still legal in Michigan, and our doors are open,” Wallet said in a statement. “But my heart is breaking for the millions of patients living in states that will cut off abortion access in the days and weeks to come.”

Nationally, Michigan had the fifth-highest abortion rate in the United States in 2020 — 14.6 abortions per 1,000 women ages 15-44. A decade earlier, Michigan’s rate was the 26th highest in the nation.

Whitmer and Nessel have vowed to protect access and ignore the old criminal law, while Republicans vying for nomination oppose abortion and would leave the decision up to the state Legislature.

That trend is also evident among state legislative candidates — among those with public stances on abortion, nearly all Democrats said they supported the right to an abortion, while Republicans generally said abortion should be illegal with few exceptions.

Alito, in Friday’s majority opinion, said justices “do not pretend to know how our political system or society will respond to today’s decision,” and even if we could foresee what will happen, we would have no authority to let that knowledge influence our decision.”

“We can only do our job, which is to interpret the law,” he wrote.

authored by
First published at https%3A%2F%2Fwww.bridgedetroit.com%2Froe-v-wade-overturned-in-blockbuster-ruling-abortion-still-legal-in-michigan%2F