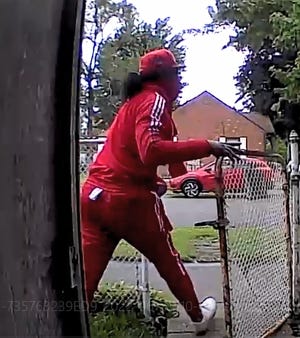 Detroit — Police are looking for a man who broke into a 78-year-old woman’s east side house and sexually assaulted her Monday.

Officials said the assault happened at about 10:20 am in the 5800 block of Lodewyck near Chandler Park Drive and Moross.

According to a preliminary investigation, a man broke into the woman’s home. She confronted him and he physically assaulted her. He pushed her to the floor and pulled off her pants, police said.

The man then ran away.

Investigators said the man was wearing a red jogging suit with white stripes on the side, a white T-shirt, and white tennis shoes. A doorbell video camera captured images of him.

Anyone with information about the incident should call the Detroit Police Department’s Special Victim’s Unit at (313) 596-1950 or Crime Stoppers or Michigan at 1 (800) SPEAK-UP.

Seniors With Prediabetes Should Eat Better, Get Moving, but Not Fret Too Much About Diabetes