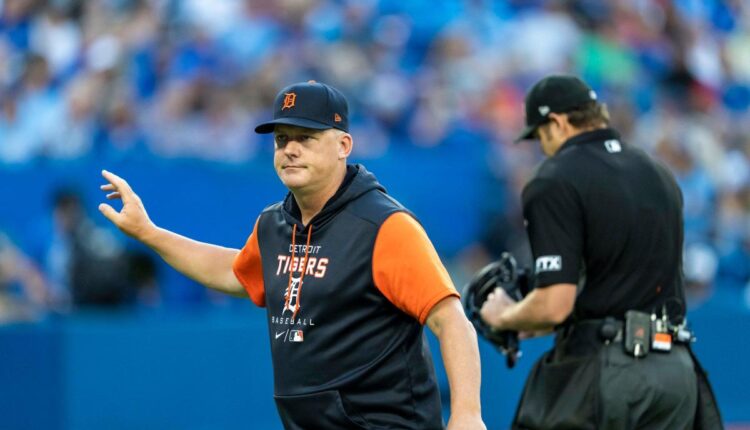 Where: Rogers Center in Toronto.

SILVER: How can Tigers salvage miserable season? These 9 moves would be a start

‘I LOVE BEING A TIGER’: Skubal navigates trade talks for first time

Game notes: The Tigers will try to salvage a series split. The four-game set ends with a familiar face — this will be Berrios’ 13th career start vs. Detroit. He’s 6-2 with a 4.80 ERA, 64 strikeouts and a surprising 29 walks in 69⅓ innings. Hill, on the other hand, has no experience vs. Toronto. the good news The rookie has gone at least five innings in all four of his starts. The bad news? He’s given up at least three runs in each if his past three starts. Perhaps he can find the form he had in his debut: six innings of one-run ball vs. the Cleveland Guardians.

Berrios is, by pretty much every measure, having his worst season yet outside of his rookie year. His walk rate is down slightly, but his hits and home runs per nine are approaching career highs, while his strikeout rate is under 8.5 per nine for the first time since his debut season. He entered Saturday leading the AL with 21 homers allowed (though he kept the Tigers in the park in his start at Comerica Park on June 10). Over the year, Berrios has kept most of the Tigers under wraps, including Miguel Cabrera, who is homerless and hitting .190 in 21 at-bats vs. Berrios. Robbie Grossman is hitting .467, though, and has taken Berrios deep (back in May 2021) over their 15 career matchups; Harold Castro is 7-for-14 vs. Berrios.

The Jays move on to a road series with the Tampa Bay Rays while the Tigers visit Berrios’ old squad, the Minnesota Twins, beginning Monday.