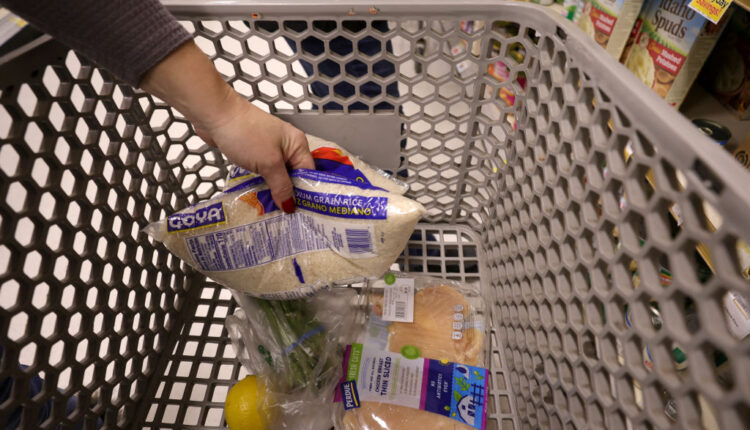 As I first wrote about in the in May, workforce challenges that have arisen during the pandemic have led to a perceived labor shortage.

However, rather than acknowledging and addressing the wage, workplace and family conditions impacting our current job climate, some policymakers are instead looking for a public program to blame.

The latest policy to come under the microscope is the federal Supplemental Nutrition Assistance Program (SNAP). Earlier last week, I testified before the House Families, Children and Seniors Committee in opposition to House Bill 5461, sponsored by state Rep. Steven Johnson (R-Wayland), that would make it more difficult for the Michigan Department of Health and Human Services (DHHS) to request waivers from work requirements for food assistance.

Current federal policy states that able-bodied adults without dependents who receive food assistance through SNAP are required to work at least 80 hours per month (an average of 20 hours per week). A recipient is limited to three months of not meeting the requirement within a three-year rolling period, and are disqualified from SNAP if they have not met the requirement for more than three months.

These federal waivers have been in place for approximately 20 years, and 49 states have used the waivers at some point since the time limit became law.

Beginning during the 2003 recession, Michigan received a waiver from the three-month time limit. If there was ever a state that deserved the flexibility to prevent struggling workers from losing their food assistance during those years, it was Michigan.

From 2007 through 2010, Michigan had the highest unemployment rate in the country, and the work requirement waiver was a lifeline that helped struggling workers put food on their tables. In 2017, because Michigan’s economy was improving, Michigan began phasing out the waivers from the time limit, beginning first with the lowest unemployment counties and eventually for the entire state.

In fact, most SNAP recipients are firmly attached to the labor force and often apply for SNAP in between jobs or when their hours are cut. The Center on Budget and Policy Priorities has found that nationally, in any given month, an average of 82% of SNAP households with working-age, non-disabled adults are working either that month or within a year of that month.

However, there are many recipients working in low-paying jobs with unreliable hours and limited benefits, whose employers might not provide enough hours to meet a fixed monthly requirement when business is slow. Cutting off assistance to workers who fall below the 80-hour-per-month work requirement in times of economic downturn will not help those workers find better, more stable employment. Rather, it will pull the rug from under them as they try to weather the storms. Not only do most SNAP recipients work, but they also do not stay on SNAP continuously for a long time. A U.S. Department of Agriculture report found that half of all SNAP recipients leave the program within 12 months after their first month receiving assistance, and two-thirds leave within two years.

The best way for able-bodied adults to move out of poverty or economic hardship is through work, although not all jobs pay enough or are stable enough to accomplish that.

Because SNAP does not pay for rent, clothing, utility bills or car repairs, it is impossible to live on SNAP benefits alone and hence it makes little sense to frame the SNAP program as a disincentive to work. On the contrary, SNAP is a support for those who cannot find work that is high paying enough or stable enough to enable them to be financially self-sufficient.

While House Bill 5461 has passed out of committee, we hope lawmakers will weigh the positive benefits of SNAP and the likely ineffectiveness of a more stringent waiver policy – either preventing the bill from moving forward altogether or voting no when it does.