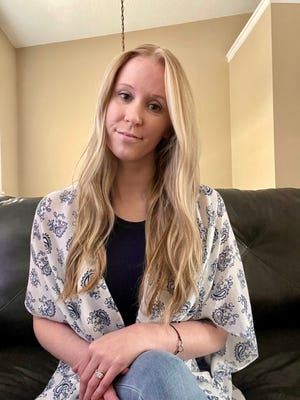 LANSING — A former employee at a Lansing charter school is suing the school, saying she was fired because she told one of the principals that her boss had falsified a lockdown drill log that is mandated by the state.

Amy Bishop worked as a paraprofessional and administrative assistant at Cole Academy in Lansing for more than seven years, since August 2014, according to the lawsuit. She was never written up or disciplined during that time, according to the academy.

Things changed when Bishop complained to her boss, Cole Academy Principal Traci LaDue, about not doing the lockdown drills and LaDue’s instructions to falsify the log, according to the lawsuit. LaDue began to say Bishop was not meeting expectations and that she couldn’t rely on her.

Johnson gave Bishop a choice: Resign or be fired. Bishop chose to be fired, she said.

“I got blown off, like ‘oh it’s not that important,'” Bishop said. “I didn’t like that, because it’s important. … We’re here to protect these kids and make sure they’re safe, as well as the rest of the staff.

“I just want the students and their families to know I didn’t just up and leave. I didn’t abandon them, I was just trying to do the right thing.”

Cole Academy has just under 400 students in grades kindergarten through sixth.

The first drill was scheduled to occur a week after the school had to go into a real lockdown on Oct. 22 because of an armed robbery at a nearby shopping center, according to the lawsuit. Less than two weeks after the second planned lockdown drill, a student shot and killed four of his classmates at Oxford High School and injured seven.

“When the Oxford shooting happened, (I thought) like, now we really need to be doing these,” Bishop said. “After the shooting that’s when everything changed.”

What happened: In just 5 minutes, a gunman turned a normal day at Oxford High into a nightmare

The dates for the drills are set well in advance, Bishop said.

“There’s no excuse for not being prepared,” she said. “The whole point is to practice, to correct the mistakes that go wrong. … To not even attempt to do them blows my mind.”

Despite not completing the drill, LaDue asked Bishop to write it on the safety drill log as if it had been done, according to the lawsuit. Bishop questioned her, but LaDue insisted she do it, Bishop said. LaDue signed that entry on the log, as well as the three other entries for tornado and fire drills that had already been done that year.

A scheduled Nov. 18 drill also did not take place, nor did its replacement on Nov. 19, according to the lawsuit. Regardless, LaDue signed the log for the Nov. 19 drill and it went up on the website.

At some point, the academy replaced the inaccurate log with a corrected version, noting on the website that the “inadvertent typological error” had been fixed.

The academy told Central Michigan University’s Governor John Engler Center for Charter Schools, which oversees it, that putting the inaccurate log up online was an error, said Janelle Brzezinski, the CMU center’s director of communications.

Brzezinski said because the academy had already self-reported the issue to the state department of education and had corrected it, CMU did not look into it further.

Board votes out member who questioned investigation

Former Cole Academy Board of Directors member Mary Harding said when she brought up discussing a letter Bishop had written to the board about her firing and a subsequent letter the board president had written to CMU, she was shut down.

A short time later, the board voted to remove her from her position as vice president and board member because she did not have Cole Academy’s best interests at heart, Harding said.

Harding wrote a counter-letter and sent it to CMU, but never received a response, she said.

In the letter to CMU, Harding wrote that the board said Bishop was making up her accusations and that she had not been told to post the log. That didn’t make any sense, Harding said.

Harding said she read that LaDue had told investigators the document wasn’t forged, but that she had not read the log before signing it. Harding said she only had about five minutes to read the 100-page investigation and she never was able to go back to review it.

“Being a rebel, during the meeting I asked the lawyer why Principal LaDue did not read the drill log she was signing,” Harding wrote in her letter to CMU. “I was told something to the effect that she just didn’t take the time to read it. Reading the six line document should not have taken more than 10-20 seconds. … Not reading what she signed FIVE SEPARATE TIMES (as each line needed to be resigned after every alleged drill) does not ring true for me.”

Bishop said handling this situation has been “emotionally draining.” She is just starting to come to grips with it.

“I know I didn’t do anything wrong,” Bishop said. “I was trying to do the right thing. To lose my job and my reputation, it’s embarrassing. It’s been very emotionally and mentally draining.”

Because she was fired during winter break, she didn’t get to say goodbye to the kids or explain why she was leaving. She started off seeing many of them in kindergarten.

“I feel like I abandoned them,” Bishop said. “It’s been hard for a lot of them. Their parents have reached out and let me know the kids are missing me.”

Tim Seeger, Bishop’s Attorney, said the emotional impact on the whistleblower is something that’s often not talked about.

“Amy took the steps to say ‘hey this is wrong’ and she’s the one who gets punished,” Seeger said. “She did the right thing. She spoke up.”

Seeger said it’s blatantly wrong to ignore the responsibility of conducting lockdown drills, especially in this day and age of mass shootings.

“It’s our responsibility to keep them safe,” Bishop said.