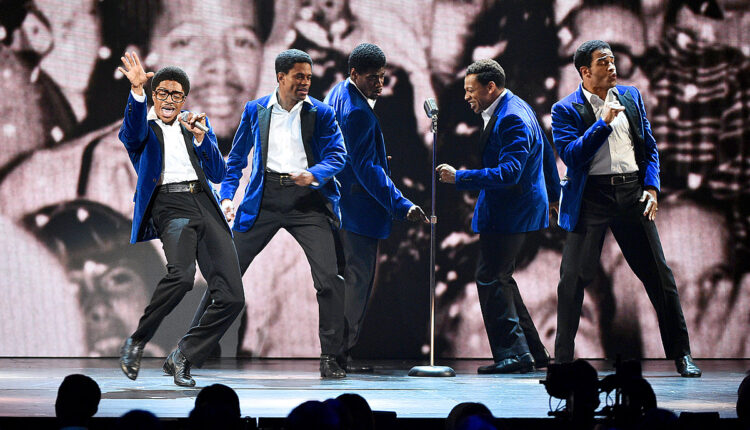 Times have changed and this is pretty cool. Musicals are no longer just “The Sound of Music”. Now it’s the sound of our music. Broadway hit “Ain’t Too Proud”, the Temptations story is starting a run at Wharton Center at MSU, beginning June 7th through the 12th.

But if you grew up with Motown music, this is the same thing as the Philly kids getting Jersey Boys a few years back. This tells the story of the Temptations growing up in Detroit, and listen to some of the songs in the musical. “My Girl”, “Ain’t Too Proud to Beg”, “Just My Imagination”, “Get Ready”, and maybe the Temps’ biggest hit, “Papa was a Rollin’ Stone.”

And then remember, these guys could dance as well as they sang. Yes, there were ups and downs and not always happy times, but the musical legacy the Temptations laid down is second to none.

Having seen Jersey Boys a couple of times, Ain’t Too Proud sounds like it will be the same kind of memory-stirring experience, with your emotions surprising you and reminding you just how much those songs meant to you growing up. Just watching the CBS Sunday morning feature makes me want to see it ASAP.

Tickets are available at WhartonCenter.com.