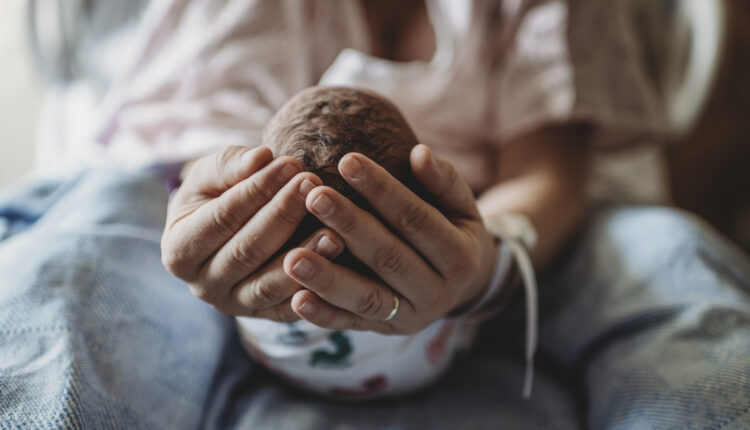 In battle over baby blood, Michigan case could have implications in N.J. ⋆

Attorney Philip Ellison’s mission to stop a practice he has characterized as the government preying on new parents began just hours after his son entered the world in the fall of 2017.

As nurses did various routine health checks on the newborn, one approached Ellison with a form, demanding a signature for blood testing.

“I said, ‘You’re already testing his blood.’ And they said, ‘Well, no, no, no, this isn’t the blood for us. This is the blood we ship to the state of Michigan,’” Ellison said. “So the civil rights lawyer in me took over and said, ‘What the hell are you talking about?!’”

So started a five-year crusade by the Michigan attorney, who has become the leading champion nationally for parental rights in a battle over “blood spots.”

Hospitals in every state routinely prick newborns’ heels to draw blood to screen for diseases, retaining dried samples — or spots — for storage for varying lengths of time.

Ellison doesn’t object to the health screenings, but rather the common practice of storing spots — sometimes forever — for use in medical research, criminal investigations, and all sorts of things parents never consented to.

He sued in Michigan, both to have his son’s samples destroyed and to require state and health authorities to educate new parents about the work, obtain informed consent, and create more oversight and transparency around blood spots.

His cases remain pending in state and federal courts and will likely influence new challenges that have arisen in other states, including New Jersey, where the New Jersey Monitor and the Office of the Public Defender have sued to force the state to reveal details of how its newborn blood spots are used.

“If you would have told me when I started law school almost 15 years ago that I’d be up to my knees in infant blood, I would probably have thought you were crazy,” he told the New Jersey Monitor. “But sure enough, here we are.”

To Ellison, the testing and storing of newborn blood spots violate two constitutional rights — a person’s rights to privacy and bodily autonomy.

“You have a constitutional right to keep the government out of your body and out of the information that’s in your body,” Ellison said. “And the government does not get to interfere with your right to be able to dictate what happens to your self.”

But many states violate those rights, Ellison said, because screening for disease is just the first way they use babies’ dried blood.

Michigan also uses the spots for biomedical research, has sold them to for-profit companies for research, and uses them in crime victim identification, Ellison said.

In Texas, the state gave blood spots to the federal government to help build a DNA database to crack cold cases and identify missing persons. In Minnesota, researchers used them to look for emerging trends among newborns by ethnic group and region.

And in New Jersey, the Office of the Public Defender recently discovered that state police used the blood spot of a child, now 9, to link his father to a 1996 sexual assault instead of proving probable cause and getting a warrant, as the law requires, to obtain the man’s DNA directly.

Such usage beyond the initial reason for securing samples is a concept Ellison calls “creeping.”

“Blood spots that were originally taken to test for newborn diseases are now being used for medical research, machine testing to calibrate machines, criminal investigations and victim identification, and things that moms and dads were never informed about,” he said.

States universally fail to inform parents of all the ways the blood spots could be used, or even that they’re stored at all, Ellison said. They also give parents little to no ability to opt out — of either the screening itself or spots’ storage and subsequent uses, he added.

“They’re asking moms and dads for consent 12 hours after a child is born, when they’re in the fog of the war of childbirth,” he said. “I’m a civil rights attorney and it shot up red flags for me, but most people would never think of it ever again.”

In New Jersey, a handout given to new parents tells them the blood screening is required by law, with no information for opting out either from the blood testing itself or the spots’ storage afterward. The sheet also does not say New Jersey retains samples for 23 years, nor what they might be used for during that time.

A 2019 study by University of Utah researchers found states typically store and use blood spots without explicit parental permission.

“The choice should be mom’s and dad’s, not a government bureaucrat’s,” Ellison said.

Blood spots that were originally taken to test for newborn diseases are now being used for medical research, machine testing to calibrate machines, criminal investigations and victim identification, and things that moms and dads were never informed about.

Given government’s propensity to err, Ellison added, the implications of blood spot storage and use could be dire, he added.

There are a few easy answers here, Ellison says.

If states are going to require newborn blood testing, parents should be given the option of having it done privately, he said.

“Why goes government have to do it?” he said. “The inherent threat of misuse by the government is gone if I hire a private lab.”

Policymakers could act to ensure some uniformity nationally in how blood spots are stored and used, he added. It makes no sense, for example, that Alabama retains spots for three months while states like California and Michigan hold them indefinitely, he said.

And before any use of blood spots after newborn health screening, parents should be fully informed and asked for consent, Ellison said.

“The presumption should always be destruction, not use, until consent is actually obtained. But what a lot of these states are doing now is the opposite,” he said. “There’s a parade of horribles that can come out of this. But before governments get to decide what to do with our own private medical data, they need to come ask first — and until they ask, they don’t get to just do it.”

Ellison’s son Patton, now 4, has no idea he’s in the eye of a constitutional storm.

“All we talk about these days is Minecraft,” Ellison joked.

He’s still not sure if his son’s samples have been destroyed as he has repeatedly petitioned. His state case, which includes his son’s samples, has been stayed pending the outcome of his federal case.

But Ellison has seen a few victories since the first lawsuit he filed in February 2018. Most recently, Michigan authorities last month agreed to destroy more than 3 million blood spots in a partial settlement of his federal case.

It’s a mission Ellison has undertaken without pay.

‘I cannot and will not ignore a validly passed law,’ Kent County prosecutor says of abortion ban ruling