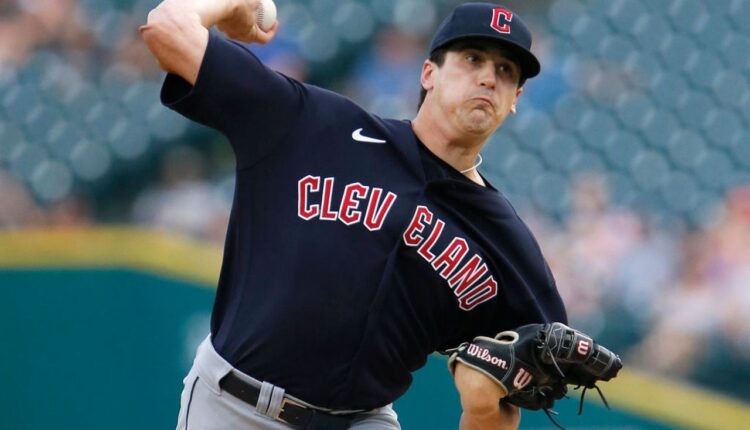 How to watch Cleveland Guardians vs. Detroit Tigers for free (7/16/22)

CLEVELAND, Ohio — The Guardians continue their four-game series at home vs. the Tigers with a nationally televised matchup on Saturday. First pitch is at 4:10 pm Eastern.

ALSO: Find out how to watch every Guardians game this season with or without cable.

The Guardians have taken the first two games of the series, including a 6-5 comeback win on Friday night. They took the lead in the seventh inning on a Josh Naylor sacrifice fly and an RBI single by Andres Gimenez.

Check out some of what Paul Hoynes of cleveland.com wrote about the two innings that defined the Guardians’ win on Friday night.

This was a tale of two innings. One bad and one good for the Guardians on Friday night at Progressive Field.

The result was a 6-5 win over Detroit, which moved the Guards to within 2 1/2 games of the first-place Twins in the AL Central, but it took some doing.

The bad inning came in the fourth when the Tigers scored four runs, three unearned, and left Zach Plesac fit to be tied. The right-hander started the inning with a 3-1 lead, but left trailing 5-3 with two out and two on. When catcher Austin Hedges made a disputed catch next to the Guardians’ dugout to end the inning, it represented what should have been the fifth out of the inning.

While there have been many rule changes in baseball over the last few years, it still only takes three outs to end an inning. Which in part explains why Plesac spent much of the inning muttering to himself.

“We got a win tonight. That’s positive. I’ll take that every day,” said Plesac. “There has been some tough luck, but it is what it is. We’ve got to continue to build off those and learn by those experiences. I think that’s what is important and not to feel sorry for myself. Just really learn from these experiences and to get better from them and grow. At the end of these times, I could be a better player for the team and help us win.”

The fourth started when Jose Ramirez committed an error on Javy Baez’s grounder to third. Plesac retired Miguel Cabrera, but Harold Castro doubled to score Baez. Willi Castro followed with an RBI single to make it 3-3.

Jonathan Schoop sent a bouncer to the first-base side of the mound. Plesac made a nice play on the ball and turned to throw to second to start a double play. But there was no one covering. Second baseman Andres Gimenez was supposed to go to the bag, but he held his position in case Plesac didn’t catch Schoop’s bouncer. Shortstop Amed Rosario, meanwhile, was playing deep, but still caught Plesac’s throw well behind second with no chance to make a play.

“There was supposed to be a guy there, I got the ball there and there wasn’t,” said Plesac. “Both guys are safe. It’s nobody’s fault. It’s accountability. We just got to be at the right place at the right time. In that particular situation, we weren’t there, he was safe, guy at first was safe and no outs were made.”

Plesac said it was no one’s fault and blamed it on tough luck.

“There have been times when I’ve made bad pitches and guys have made great plays behind me,” said Plesac. “It’s my responsibility to stay on track and make a good pitch and execute, depending on whatever happens. Once whatever happens, happens, it’s dead. Let’s move on to whatever’s happening now.”

For team hats, shirts or other gear: