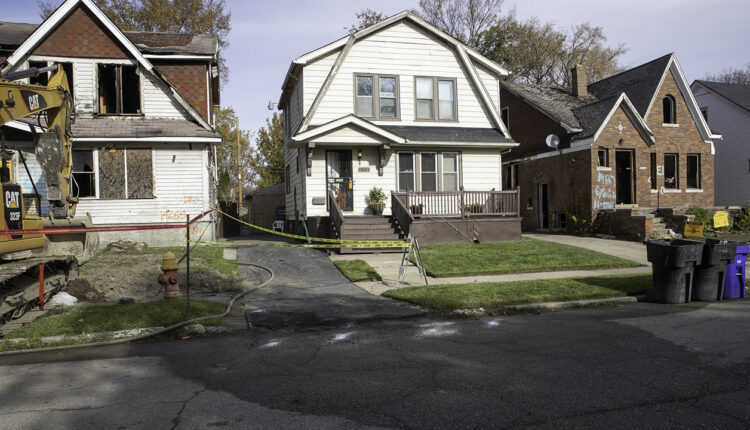 How has Detroit been doing on its demolition work?

Since 2015, most everyone across the local political spectrum has agreed that blight is both a social and economic problem for Detroit. That year, the federal government stepped in to assist the city in a long demolition program to remove thousands of homes. Despite some success, that project fell under scrutiny when two men were convicted of bribery and bid-rigging.

Now, the city is at it again. Beginning in 2020, it has been working to demolish 16,000 properties over five years.

“Even people who are very skeptical of the demolition program have to admit, blight is an issue that every Detroiter can recognize on its face.” — Bryce Huffman, Bridge Detroit reporter

Listen: How blight removal has been going in Detroit.

Bryce Huffman is a reporter and producer for Bridge Detroit. He recently co-wrote a new article on Detroit’s’ demolition process. He says blight has a “psychological impact” on city residents, and that people generally want it removed.

“Even people who are very skeptical of the demolition program have to admit, blight is an issue that every Detroiter can recognize on its face,” says Huffman.

Kayleigh Lickliter is a freelance reporter. She recently co-wrote the new report with Huffman on what Detroit’s demolitions have meant for the city. She says hundreds of millions of dollars have been distributed for future demolitions.

KHN’s ‘What the Health?’: The Future of Public Health, 2022 Edition