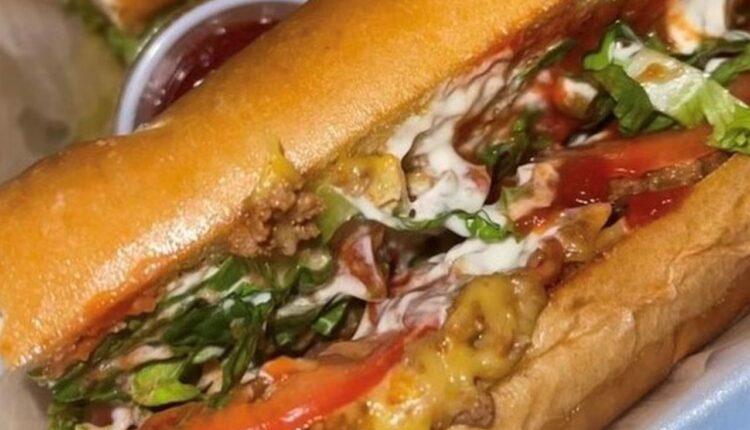 The deli modeled after the corner bodegas found in New York City, prides itself on serving big sandwiches with top-quality Boar’s Head meat as well as unique menu items that are common on the East Coast, said owner Myleka Jefferson, whose husband was born in Brooklyn.

“We basically decided to bring a taste of Brooklyn to Grand Rapids,” she said.

One example: the chopped cheese sandwich.

“It’s the secret seasoning that we put in it,” Jefferson said, describing why the sandwich is one of Brooklyn Bodega’s most popular items. “There’s nothing like it around here.”

Jefferson said she opened up Brooklyn Bodega, which is located at 10 Jefferson Ave. SE in downtown Grand Rapids, in February.

Another popular item is the Jamaican Beef Patties with cheese.

“The meat is seasoned the Jamaican way,” she said, describing the ground beef inside the crusty, flaky pastry style dish. “It kind of reminds you of an empanada but it’s not an empanada.”

Customers can also choose from 13 types of bagels, including everything, cinnamon raisin and blueberry, as well as six varieties of cream cheese. In addition, there are several breakfast sandwiches with your choice of bread, as well as a breakfast wrap featuring eggs, potatoes, peppers, onions and American cheese for $9.75.

“The way that we put our sandwiches together, we’re actually doing this with love,” Jefferson said.