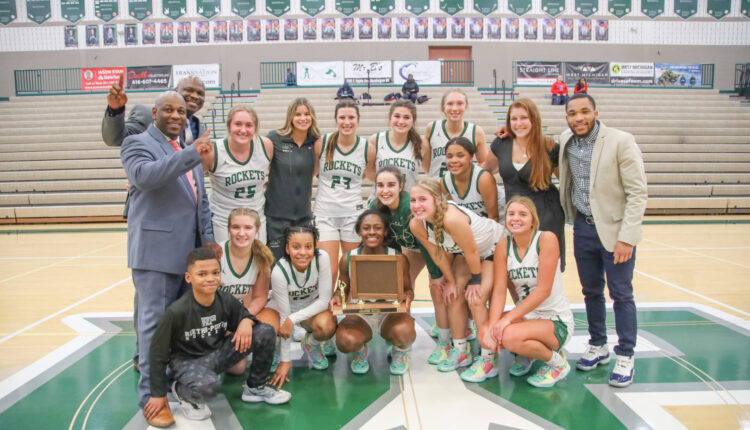 GRAND RAPIDS — Tied 30-30 at the half at OK Green Conference foe Grand Rapids Union, the Reeths-Puffer girls basketball team turned in a gritty second half and pulled out a 56-49 victory.

The Rockets, which improve to 13-5 overall, outscored the Red Hawks 16-8 in a key third quarter, then held on in an evenly-played fourth.

Sophia Hekkema had a big game for the Rockets, totaling a double-double of 21 points and 11 rebounds.

Arionna Williams was a force on the defensive end with five steals for the Rockets, while also scoring 11 points.

The Rockets now turn their attention to the district tournament, which they will host. They open on Monday against Coopersville (3-15).

Check out photos from the action shot by Joe Lane.