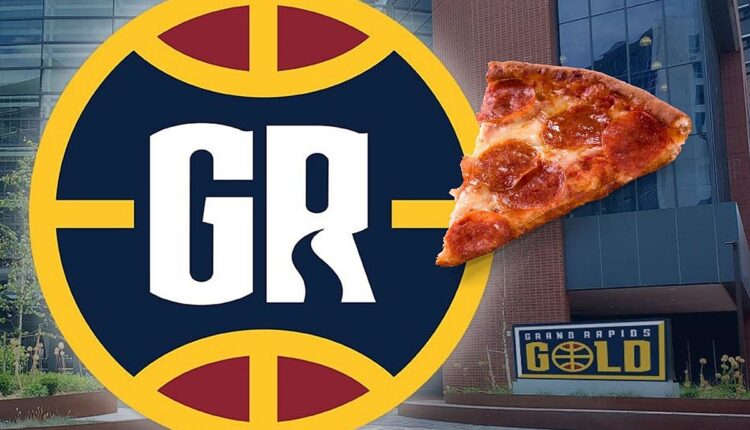 While football season may be starting this week, we basketball fans still have some excitement stirring today when it comes to the upcoming season. Today two big announcements are coming out of Van Andel Arena from the Grand Rapids Gold.

The NBA G League affiliate to the Denver Nuggets have announced the schedule for their first season in their new home, Van Andel Arena.

There’s a new restaurant setting up shop inside Van Andel

While Van Andel has tons to choose from already, they’re now going to be offering slices of pizza from Northern Michigan based pizzeria, BC Pizza.

They announced with a post on facebook that their pizza will be available going forward at Gold games, as well as other events being held at Van Andel Arena.

Based on the sign pictured, not only will you be able to grab a slice of your favorite pizza styles, but they will be offering bread sticks, salads, and other menu items you can find in their over 30 locations around Michigan. This brings a lot of new options for eating at Van Andel if you’re not able to grab a bite before the game.

I personally can’t wait to see how the Gold’s inaugural season at Van Andel Arena goes, but either way here’s to a great future for basketball in West Michigan.

Check It Out: Michigan Home Comes With An Indoor Basketball Court

This house has it all including an indoor basketball court, tennis court, pool, game room, library and so much more.