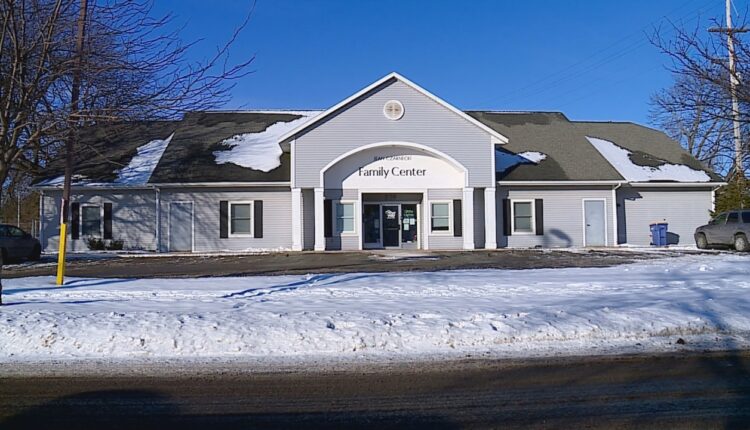 Police say 62-year-old Karen Hornecker was arrested on Friday in connection with allegations she abused a child in October 2021. The alleged incident happened at the Little Lights Childcare Center on Sibley Street on Grand Rapids’ west side. The mother of the child who was allegedly abused says her son’s arm was dislocated.

Danielle Richards says she started bringing her kids to the daycare center when her oldest son, Kaden, was 1-year-old. Kaden is now 5 and has a 3-year-old and a 1-year-old brother who began attending the center, too. Richards says her two oldest boys have autism. She says the staff always treated them like family.

“I always had good experiences with them. They’ve always worked with me because my oldest son has autism as well with getting help,” Richards said.

She says as staff began to leave and new employees came in, things changed. She alleges there were several instances of verbal abuse and one instance where a teacher shook one of her sons out of frustration. She says the last incident only came to light because her son was injured.

“They told me he was complaining of his arm for about two hours,” Richards said. “She said that they had an ice pack on it, him and another child was tussling, she pulled them apart and shortly after he fell on the floor and just started screaming and she don’t know why.”

Richards says after a visit to the hospital, she learned 3-year-old Kaleb’s arm had been dislocated. She says after asking the teacher what happened and receiving an unsatisfactory answer, she reached out to the center’s director.

She says the school then reviewed surveillance video and discovered a teacher pulling the child’s arm. Richards says she believes that is what caused the injury.

“It was very devastating, and it really messed with my mind,” she said. “That is what really tears me apart: knowing that I was sending my son somewhere that I felt was (safe). I felt I had these connections, these relationships, you know that these people would never harm my kids.”

Grand Rapids police say after investigating, they issued a misdemeanor charge and a warrant for Hornecker’s arrest. Hours after her arrest, she bonded out of the Kent County Correctional Facility.

News 8 reached out to Little Lights Childcare Center, left messages and stopped by the daycare Friday for comment. Staff asked our crew to leave and did not return calls Friday.

Richards says the charge against Hornecker is just the start. She says she wants everyone who may have turned a blind eye to her son’s abuse to be held accountable.

“Knowing that people I felt I had relationships with, I was seeing every day and they were looking in my face knowing that things were happening to my child, and no one did anything. We will have justice,” Richards said.

Richards says she’s in the process of consulting an attorney and plans to file a civil suit.

News 8 reached out to CPS and Michigan LARA to confirm further investigation into the childcare center but did not hear back.

Kent County asks community how it should spend share of $127.6 million in federal…