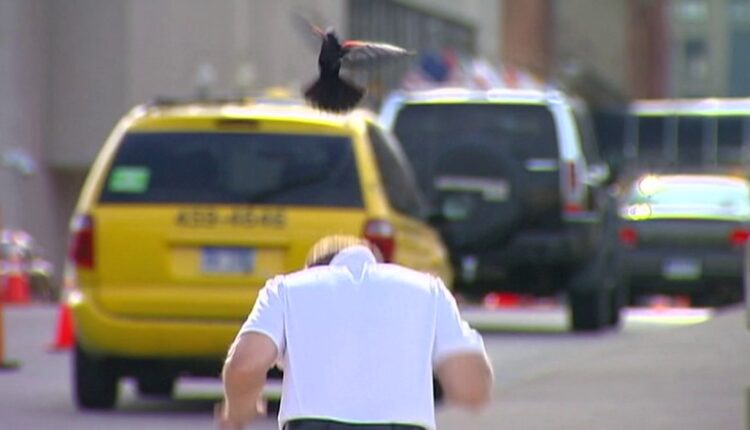 This isn’t the first time Red-wing Blackbirds have taken aim at unsuspecting humans in the Grand Rapids area.

GRAND RAPIDS, Mich. — The birds are at it again!

The City of Grand Rapids Parks & Recreation Department is warning the community as a growing number of people in West Michigan are being attacked by birds.

And this isn’t the first time Red Wing Blackbirds have taken aim at unsuspecting humans in the Grand Rapids area.

“Right now, they are building their nests and laying their eggs, then towards the middle of June, those eggs will hatch,” said Sawyer Johnson, Marketing and Communications for the Parks & Recreation Department,” and so they’re protecting their young .”

So unlike many other species of birds, Red Wing Blackbirds are not friendly.

“They’re not singling people out,” Johnson said, “they’re just perceiving people as a threat to their territory and to their young.”

Johnson said that they typically nest in trees along bodies of water, like the Grand River, and the male birds tend to be more aggressive.

“Stay on the opposite side of the path and as far away from them as you can to kind of limit ant contact with them,” Johnson advised. “You can also wave your arms to shoo them away, or wear a hat if you want some added protection.”

Another way to tell that they’re around?

“They have a really beautiful call that is distinct and can be heard from far away,” Johnson said.

The City of Grand Rapid’s Parks & Recreation department has even put out some signs to remind people that they might encounter these birds and that they might be aggressive.

“There’s not a lot we can do,” Johnson said. “The birds don’t have a vendetta against us, it’s just a shared space with wildlife so we have to respect that and give them their space as much as we can.”

You can learn more about Red-wing Blackbirds by clicking here.