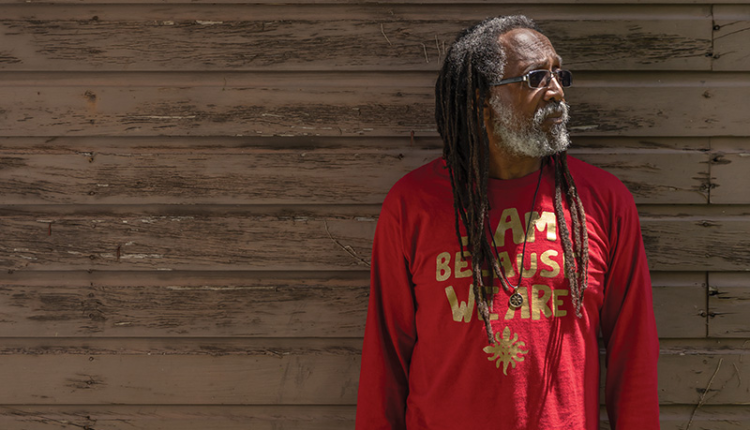 Those who know him call him “baba” — a Zulu term used in the African diaspora to refer to the elders, who are the keepers of knowledge — and Malik Yakini embraces this honor.

As executive director of the Detroit Black Community Food Security Network, or DBCFSN — which was formed in 2006 to empower Black Detroiters to become leaders in the growing urban agriculture movement in the city and to address food insecurity in Detroit’s majority-Black population — longtime activist Yakini has continued his decades-long work to address food insecurity in Detroit’s Black communities. He is also on the board of directors of the forthcoming Detroit People’s Food Co-op, which aims to create a more equitable food system in the city of Detroit.

As part of the co-op’s model, shoppers can become part owners of the store by purchasing a membership share. At the end of the year, if there are profits, members can vote for a percentage for themselves, invest the profits back into the store, or donate the revenue to a nonprofit.

The project, which is expected to open in summer 2023, will be owned cooperatively and open to the general public, but it has a larger mission. With its location in Detroit’s historic North End, the coop aims to empower Black Detroiters in a majority-Black city where few grocery stores are Black-owned. The co-op is also part of a bigger plan: the 34,000-square-foot Detroit Food Commons, which will feature the co-op on the ground floor with cafe and community space. The second floor will have four shared-use kitchens where food entrepreneurs can build their businesses without the barrier of having to invest in expensive kitchen equipment.

Cooperatives were used historically as a way for Black communities to ensure they had sufficient food and shelter, and they even date back as far as slavery, when money was pooled to buy each other freedom. In more recent years, with racist policies like redlining, cooperatives took the form of Black-owned credit unions, farm cooperatives, and schools. Even entire communities, like Detroit’s Black Bottom and Paradise Valley, were dedicated to Black commerce, mobility, and empowerment.

In Detroit, where there hasn’t been a co-op since the Cass Corridor Food Coop closed its doors in the mid-2000s, it’s especially relevant considering the large developments happening across the city — mostly in the downtown core — like the Bedrock and Ilitch projects.

“[The co-op] is totally different from most large businesses we see in our community, particularly grocery stores,” Yakini says. “People drop into our community because they see opportunity, and they have the wherewithal to come in and create a vehicle to extract wealth.”

The Detroit Food Co-op pushes back against that, Yakini says. “They put ownership in the hands of the people who actually live in the community, and they put the ability to derive benefit from the wealth that’s generated. That becomes a community-wide benefit as well.”

This story is from the Future of Food feature in the August 2022 issue of Hour Detroit magazine. Read more in our digital edition and find more Future of Food stories here.