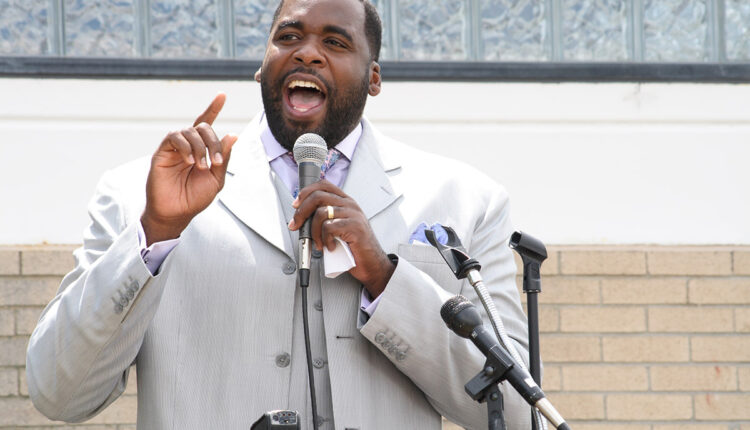 Federal prosecutors are seeking a court order to force former Detroit Mayor Kwame Kilpatrick to pay restitution stemming from his conviction on multiple felonies in a racketeering conspiracy.

Court documents filed Friday with the U.S. District Court for the Eastern District of Michigan showed a request to garnish Kilpatrick’s assets to pay a $193,303.611 debt owed to the Internal Revenue Service. In the filing, first reported by The Detroit News, federal prosecutors listed PayPal accounts and a Plumfund crowdfunding account under Kilpatrick’s name and his wife, Laticia Maria McGee, as sources to draw from.

Kilpatrick, 52, was ordered to pay $4.78 million in restitution to Detroit taxpayers when he was convicted in 2013 on 24 counts and later ordered to 28 years in federal prison for orchestrating a wide-ranging conspiracy to extort contractors, defraud campaign donors and rig city contracts to benefit his political allies. The sum was reduced to $1.5 million in 2017, a year before Kilpatrick began seeking a pardon from former President Donald Trump. Kilpatrick’s sentence was commuted by Trump before he left office in 2021, a move that allowed the former mayor early release from jail.

Kilpatrick also was ordered to pay $195,404 to the IRS in restitution. Federal prosecutors argue that as of Friday Kilpatrick still owes the IRS $193,303. Assistant U.S. Attorney Jacqueline Hotz could not be immediately reached on Friday.

Kilpatrick and his wife raised eyebrows when they recently solicited donations to buy an $800,000 home in Florida and start a baby fund for their newborn son. A Plumfund campaign posting remains online, though references to a wish list of items have since been removed. It had 15 donors as of Friday.

Kilpatrick has not commented publicly on the new court filings, but he did promote a bible study session on his Instagram account Friday morning. The former mayor launched a ministry after leaving prison.

The couple has a Georgia address, according to court records.

authored by
First published at https%3A%2F%2Fwww.bridgedetroit.com%2Ffeds-want-to-collect-kwame-kilpatricks-debt-from-paypal-crowdfunding-site%2F