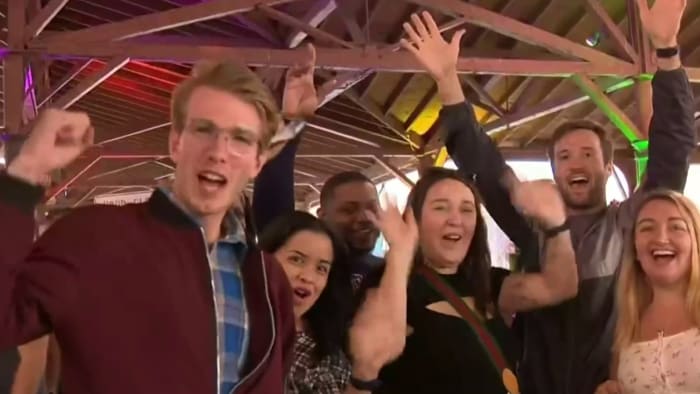 DETROIT – Eastern Market After Dark returned to Detroit after a two-year hiatus due to COVID.

The signature event took over the sheds Thursday night on Russell Street and it was definitely a party.

“I’ve already made my way to three different sheds,” said another woman.

“The people were enjoying themselves, and I am enjoying the people,” said Alexis Wallace.

When it comes to celebrating Detroit Design, Eastern Market After Dark is something you just can’t beat.

“So this is an amazing opportunity to get out to the city, be around people, and really have my baby son get exposed to all the culture of Detroit,” said the woman.

Eastern Market After Dark is great for the artists and also the vendors, as many have missed out on this, which is one of their biggest sales days for the last two years.

“When you talk about the economic impact of events, public programs, tourism, attractions, showcasing our talent, that’s really what this event is all about,” Wenzell said.

Wallace is an avid thrift shopper and went to work during COVID to find the inventory, and now she has her own boutique.

“It’s very important for small businesses, people that created something out of COVID, and gives the community a time to come out and celebrate with us,” Wallace said.

Many unique businesses were in attendance, but they’ve cleared out, and the party kicked in up to 11 pm

And if you’re wondering how successful it was Thursday (Sept. 15) night, one of the coolest hippest guys we know, Local 4 Digital Editor Ken Haddad, Tweeted that Eastern Market After Dark is officially too popular.

Eastern Market After Dark is officially too popular

Racist term removed from places on federal lands, including 32 in Michigan ⋆