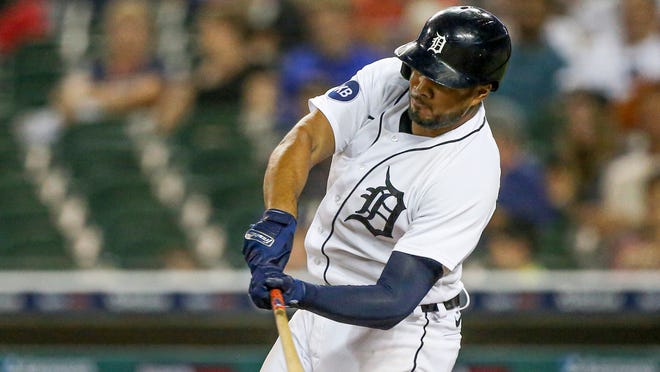 Where: Comerica Park in Detroit.

MIGGY IN PAIN:Cabrera, his ailing right knee and an uncertain future

Game notes: Tropicana Field isn’t quite the location of the Fountain of Youth in Central Florida, but Rays righty Corey Kluber has undergone a bit of a regeneration in his first season in Tampa.

The 36-year-old opened the 2022 season with five strong starts, posting a 2.36 ERA over his first 26⅔ innings. Since then, however, the two-time AL Cy Young Award winner has a 4.60 ERA over 78⅓ innings, including a May 16 start in which he held the Tigers to two runs on four hits over six innings at the Trop.

Still, that he’s still pitching in August is a surprising sign for the Rays; Kluber is up to 105 innings after throwing just 116⅔ over the past three seasons combined (with the Guardians, Rangers and Yankees) due to injuries. Kluber has arguably pitched better than his ERA suggests, with 94 strikeouts and a miniscule 16 walks this season. His rate of 1.4 walks per nine innings is actually better then either of his Cy Young campaigns (1.9 in 2014 and 1.6 in 2017), even as his strikeouts are down to 8.1 per nine innings.

Kluber is certainly familiar with facing the Old English “D”; he has faced the Tigers 28 times, the most of any team over his career, with a career 3.31 ERA and 191 strikeouts in 177 innings. And while the batters have changed since Kluber was coming up with Cleveland, there has been one constant in the Detroit lineup: Miguel Cabrera, whose 26 hits off Kluber are the second-most against any pitcher in his career. Cabrera also has six homers and four doubles off Kluber.

As Kluber told the Free Press’s Evan Petzold earlier this year, Cabrera presents a special challenge for him.

“I don’t know if I ever really developed a good plan,” Kluber said. “He’s one of those guys you can’t really have a plan against, because he can combat whatever you’re trying to do. I just tried to mix it up and keep him off balance. A lot of times, that didn’t work.”

Luckily for Kluber, Cabrera is scheduled to sit out tonight’s game as part of the load-management plan to reduce the strain on his ailing right knee. Unluckily for the Tigers, few of the other hitters on the roster have had much success against Kluber: Jeimer Candelario and Jonathan Schoop are a combined 8-for-40 (.200) against him with a double and two homers (all by Schoop) . Javier Báez has homered off Kluber as well, but, Javy being Javy, he also has a strikeout and a walk in five total plate appearances.

On the Tigers’ side, they’ll send Bryan Garcia to the mound for the second time this season. Just four players on the Rays’ active roster have faced him; infielder Yu Chang went 1-for-3 in 2021, while Randy Arozarena, Ji-Man Choi and Taylor Walls are all 0-for-1 (with Walls drawing a walk in 2021).

Following Friday night, the Tigers and Rays have two more games at Comerica Park — a 6:10 pm start Saturday (after the team retires Lou Whitaker’s No. 1 in a pregame ceremony) and a 1:40 pm start Sunday. The Tigers then get their first day off since July 22 before starting a three-game set against Cleveland on Tuesday, while the Rays also get Monday off before crossing Lake Michigan to take on the Milwaukee Brewers on Tuesday and Wednesday.