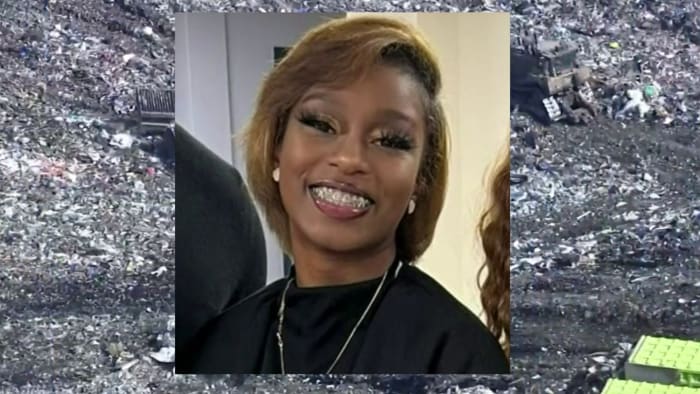 Foster went missing on Jan. 4. Her cousin, Jaylin Brazier, was the last person to see her alive.

Brazier, 23, was sentenced to prison in March for lying to authorities about his involvement in Foster’s disappearance.

He originally denied seeing his cousin at all, only to admit weeks later that he had thrown her body in a dumpster. Brazier said he panicked when he suddenly found his cousin dead, and that’s why he took her body to a dumpster.

Read more: Prosecutors question whether Eastpointe teen was really dead when cousin threw her in dumpster

A massive search is planned for a 100×100 foot area of ​​Pine Tree Acres landfill in Lenox Township. The landfill is massive.

“To know that my baby has to be recovered from trash,” Foster’s mother, Ciera Milton, said. “It’s just so much to miss out on.”

Milton has been begging the police for months to search the landfill for her daughter.

“One, Zion is likely deceased and two, that her remains were placed in a dumpster that was then later transported to a landfill here in Lenox Township,” Detroit Police Commander Mike McGinnis said.

So, why are police searching now? And not months ago?

“We had to make a risk assessment is it and it’s the right thing to do, we want to look for Zion,” Detroit Police Chief James White said.

There will be 40 people searching and it could last as long as seven to eight weeks.

The area has been marked off. Waste management said that area has not been disturbed since they got the call from police to preserve it.

The search will begin on May 31.