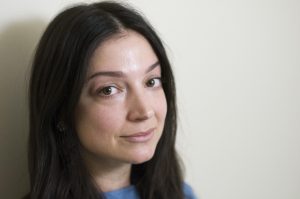 After years of corruption and excessive use of deadly force, federal oversight of the Detroit Police Department ended in 2016. Now, supervision comes by way of the Board of Police Commissioners, but often for on-the-job infractions and serious violations of department policy , it’s the top brass who are in charge of punishing subordinate officers.

A recent investigation by Deadline Detroit showed that problem cops aren’t just falling through the cracks, bad behavior isn’t punished and some officers still get promotions.

Reporter Violet Ikonomova says for officers who are criminally charged, the warning signs were already there. She looked at 10 officers “who had exhibited a pattern of red flags before their behavior resulted in criminality,” she says.

“It starts with bias. When officers stay silent for one another in the field, we found numerous examples of them looking the other way on wrongdoing or outright covering up criminality.” —Violet Ikonomova, Deadline Detroit

“And what I found were several trends that work together to create what I described in the story as a perpetuating cycle of limited accountability. So it starts with bias. When officers stay silent for one another in the field, we found numerous examples of them looking the other way on wrongdoing or outright covering up criminality. And that bias extends all the way to the internal affairs division of the Department where occasionally investigators will come to baffling conclusions.”

She points to one case where internal affairs found an officer did not use excessive force despite an independent witness’ report and evidence the officer tried to cover it up.

“Now that makes it really difficult to find officers even guilty of wrongdoing,” Ikonomova says. “But in the rare instance, they are found guilty, they’re highly unlikely to face serious punishment. Here, the problem extends to the department’s top brass. It’s department commanders who decide the overwhelming majority of penalties at appeal hearings. And at those appeals, they’re either dismissing or reducing 75% of punishments.”

Ikonomova says the process from initial punishment — and then further violations of department policy — to someone eventually being charged criminally varies.

“The main case I highlight at the top of the story is an officer, Rochelle Mayberry, who was abusing citizen after citizen or treating them rudely doing legal searches, caught lying at every turn. The department decided to keep her all the way until the point when the department was raising alarms about her saying she’s gonna wind up committing a crime, bringing the department into ‘disrepute,’ or costing us a lot of money in terms of a civil payout .”

Two months after, the chief of police at the time, James Craig, who is now running for governor, effectively gave her a promotion, Ikonomova says. The officer told Craig she was having problems with supervisors scapegoating her and requested to go to homicide. She claimed to have a four-year degree from the University of Michigan.

“And he said, Sure, effective immediately, you’re at homicide,” Ikonomova says. “Unbeknownst to him, she made up the degree — the school doesn’t even offer a major in it.”

Craig has since resigned and James White has taken over as the city’s police chief. Ikonomova says he hasn’t said he’s going to address some of these problems in the department.

“[At a recent] Board of Police Commissioners meeting his response ranged from dismissive to defensive,” she says. “He tried to lay blame at the feet of James Craig, while at the same time acting as if there were no new problems I’d unveiled that warranted addressing. He told the board almost verbatim [that] we can’t respond to every article, there’s always going to be an article. And his history is very much entwined with some of these cases. He was the head of a portion of the department that audits the way officers who commit misconduct are handled. And in one case, he overturned the termination of an officer who had a pattern of misconduct related to car crashes.”