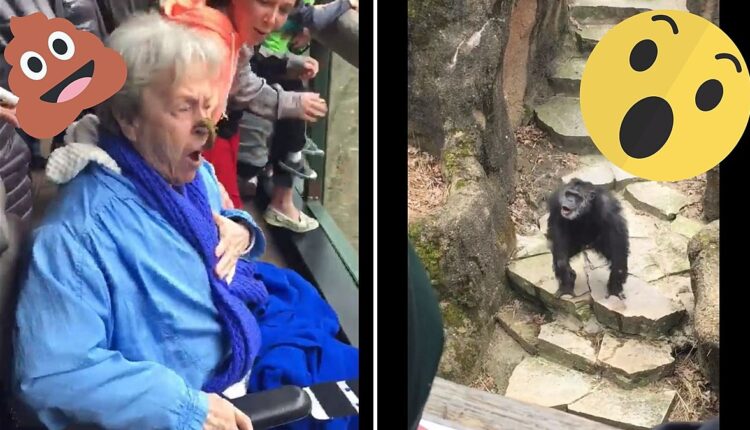 We’ve all been to the zoo, had an enjoyable time, love the zoo, and take any opportunity to go, some don’t mind going to the zoo and can enjoy it if they go, and lastly, there’s those who have had an awful experience and have sworn to never go to the zoo again. Let’s be honest though going to the zoo is a risk in itself. As the years have gone on, interacting and petting animals at zoos has become more and more normal these incidents have become more common.

Zoos essentially keep “domesticated” wild animals for families and individuals to interact, pet, and look at for their enjoyment. Since these animals are still wild to some extent, they do still have impulses and mannerisms that would exist if they weren’t in a zoo. One of the animals we’ve seen have peculiar interactions with humans is gorillas. Their instincts kick in and it seems as though a human being is always in the wrong place at the wrong time.

We all remember back in 2016 the tragedy that happened at the Cincinnati Zoo with the gorilla Harambe. A young toddler fell into his encampment, he grabbed the child and began to drag him around. He was then shot dead by a zoo worker who was fearing for the boys life. This next story isn’t as tragic and while some choose not to tell their horrifying zoo stories, but like this lady some aren’t as fortunate as cameras caught the entire thing.

At John Ball Park Zoo in Grand Rapids, Michigan another gorilla has made the headlines with a hilarious human interaction. As zoogoers were mingling around, traveling amongst the park visiting and interacting with the animals, some got a special show from a gorilla. Unlucky for this grandma who was there for here family, she was the lucky audience member that got a funky prize from the show as well.

The people who were lucky enough to be at the gorilla exhibit at this time got the show of a lifetime. The gorilla was obviously feeling good and wanted to them all to know and have as much fun as he was having. So he proceeded to pump his arms above his head and make noises, nothing out of the ordinary. He then lowers one hand and seems to place it behind his back.

What he does next scars this grandma for life but also brings about an eruption of uncontainable laughter. He didn’t just place his hand behind his back, but instead placed it under his butt. He proceeds to poop into his hand and launch it toward the crowd. The poop hits this grandma in the face and then as the camera pans to her, she has a look of disbelief as gorilla poop hangs from her nose.

This is by far one of the funniest zoo stories/videos I’ve ever seen. There is a top notch level of comedy here, at the expense of someone’s grandma. I hope she makes it out to visit another zoo and this doesn’t ruin it for her. Just a reminder, most zoo animals still have wild instincts so don’t think this can’t be you!

Remembering Dino-Topia At The Detroit Zoo