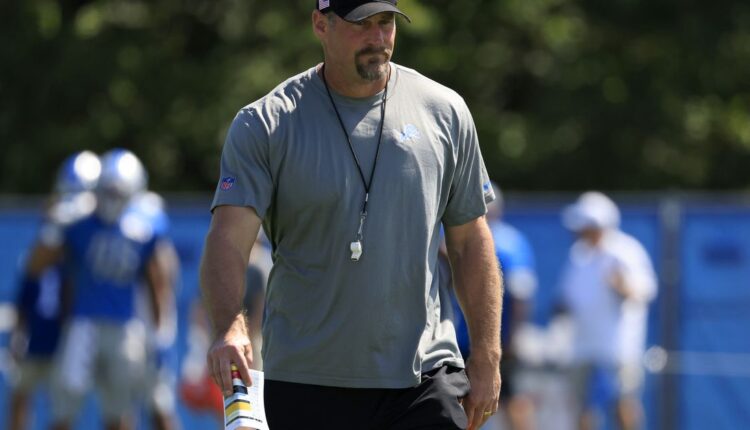 Tuesday could be an eventful episode of “Hard Knocks: Training Camp with the Detroit Lions.” So much has happened since last week’s episode. There were joint practices with the Colts, the win over the Colts, the player-led practice and some beef between running back Jamaal Williams and a Colts linebacker.

With that in mind, here’s the things I’m looking for in the third episode of ‘Hard Knocks.’

In episode two, we got to see a lot of great in-game and sideline stuff from a loss, including a fascinating interaction between Duce Staley and D’Andre Swift. This time we’ll get to see what this sideline looks like during a win. I definitely want to see what Dan Campbell had to say in the locker room afterwards. Also, Aaron Glenn’s reaction to the defense holding off the Colts two point attempt and clinching the game is at the top of the list of things to see.

After two episodes, I’ve figured it out. Here’s the rules:

I’m sure HBO doesn’t plan on making this the David Blough show, but it would be nice to see his redemption played out on screen. After watching a gut-wrenching scene last week after Blough’s game-losing fumble, it would be nice to see a happy ending for Blough this time considering his day ended with an impressive touchdown drive to finish the first half.

There were some chippy moments at the Lions joint practice with the Colts. We saw some of that already with Jamaal Williams and Zaire Franklin. Will we see more? Will we see some elaboration on that particular instance? Maybe HBO will touch on Franklin’s weak shots on Twitter?

Speaking of joint practice, I’m hoping to see a lot of the highlights from those two practices. Perhaps we can get some moments with some Colts players talking about the Lions. Maybe we’ll see the Wolverine camaraderie between Aidan Hutchinson and Kwity Paye. By the way, that’s probably where you’ll see Jeremy. Have your sticks ready.

This is probably wishful thinking. The turnaround to put this Tuesday’s episode would have to really be something. I don’t work in show business, so I don’t know. But I would imagine that they don’t have enough time to get all that shot and edited for a show that airs the next day. This is more than likely something that drops in episode four.

The Lions cut down to 85 players last week. Every season of Hard Knocks we see a team make a few cuts and the camera is right in the room when it happens. It’s always super awkward and you kind of want to turn away from it, but it happens. Perhaps we see the Dan Campbell make a cut on the show. Much like the player-led practice, this might be something we see in later episodes.

We’re still waiting on an opportunity to get to know the Lions new offensive coordinator more. This week would be a good time to profile him and his rise up the coaching ranks. It would also be nice to see Johnson and Campbell working together and try to get some insight into their relationship and how they form the offensive game plan together.