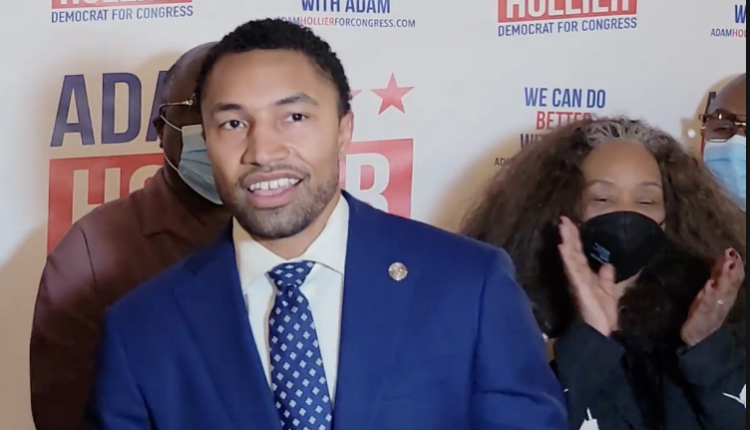 Four months ago, a band of Democratic power brokers nodded in approval behind Wayne County Executive Warren Evans as he advocated for putting their collective weight behind a “consensus candidate” to ensure Detroit is represented by a Black person in Washington.

“If we as people of color split up the vote too far, we cause a situation where we can be the only state with this significant of an African American population that does not have a representative in Congress,” said Evans at the press conference in March. “Most of us have been around long enough to know that is very disconcerting to us.”

By Wednesday morning, it was clear that Evans’ fears came true.

State Rep. Shri Thanedar, D-Detroit, finished ahead of eight Black candidates in the 13th District Democratic primary, winning with only 28% of the vote. The outcome likely ends a nearly 70-year uninterrupted streak of Black politicians representing Detroit in Congress. Thanedar, an Indian American immigrant and wealthy businessman, is all but guaranteed to beat his Republican opponent in November and occupy the seat formerly held for decades by John Conyers Jr.

Thanedar scored the greatest victory of his short political career without relying on grassroots donors or flashy endorsements from the political elite. All it took was $6 million from Thanedar’s own pocket and a crowded field of opponents who dashed any chance of consolidating Black support.

Just four years after mounting an unsuccessful run for governor and two years after he moved to Detroit and emerged from another crowded primary to win a seat in the state Legislature, Thanedar is going to Washington.

Thanedar told BridgeDetroit on Friday that he’s committed to representing the interests of the Black majority in Detroit. Thanedar described himself as a hard-worker who understands the needs of vulnerable communities due to his experience growing up poor in India.

“I’m here to take care of you, of our people,” Thanedar said. “I have the best intentions. I have skills often people don’t give me credit for. Looking at me just as a multimillionaire rich person mischaracterizes and discounts who I am, my roots and my struggles.”

For Evans and the Legacy Committee for Unified Leadership, Thanedar’s victory represents a clear failure. Even worse, it was entirely avoidable.

“The core issue is that we have to find a way to come together if we’re going to win,” Evans told BridgeDetroit in a Friday interview. “We could clearly have won this race and won it big if we had one African American candidate chosen by consensus.”

Evans had convened a coalition of metro Detroit’s Democratic establishment to unite around one person who could go head-to-head with Thanedar and ensure Black representation. Political leaders, union representatives, business groups, and religious figures interviewed candidates and deliberated in what Evans described as a transparent process. They selected state Sen. Adam Hollier, D-Detroit, an energetic, ambitious legacy Detroiter and U.S. Army veteran born to a social worker and firefighter.

“This is everybody saying they are going to stand with me,” Hollier said when the endorsement was announced in March.

Focus: HOPE CEO Portia Roberson earned the endorsement of U.S. Rep. Brenda Lawrence, D-Southfield, whose decision to retire created the opening in the first place. Roberson finished third with a respectable 17% of the vote, behind Hollier’s 24% and Thanedar’s 28%.

When asked why so many candidates stayed in the race – even when it appeared obvious that doing so would elevate Thanedar’s chances of winning – Evans blames peers for not seeing the big picture.

“A lot of people had a horse early on,” Evans said. “When you ask the group, 100% of folks are in line with the fact that we should have a consensus candidate. When it got down to the nitty gritty of who knows who and prior obligations, I think what really got lost was people were not 100% committed to making sure we had a minority congressperson as much as they were committed to making sure their horse was the congressperson.”

However, other Democrats who spoke with BridgeDetroit said egos in the Legacy Committee for Unified Leadership are to blame for forcing Hollier on them.

“You can’t force your candidate down people’s throats,” said Keith Williams, chair of the Michigan Democratic Black Caucus. “At the end of the day, leadership can get together, but it’s the people who’ve got to buy that person and vote for that person. We’ve got to find people who are acceptable and amenable to their constituencies.”

Several people who spoke with BridgeDetroit indicated age and gender dynamics help explain why Detroit Democrats didn’t fall in line. Hollier was selected over several qualified women candidates to represent a party that relies on the votes of Black women, and at a time when a woman’s right to choose an abortion is top of mind.

“Educated highly qualified Black women don’t seem to always get the same shot as their male counterparts,” said Charity Dean, president and CEO of the Metro Detroit Black Business Alliance. “That’s unfortunate, but it will not last long. Let me tell you, the future of Detroit is Black and female.”

Dean said there’s a younger generation of leadership who don’t want to be told how to vote.

“I would like to see more Black women leading politically in the city,” Dean said. “I blame everything on white supremacy – patriarchy is like that. It’s not uncommon to even see some of the tensions in the Black community. But there are qualified and tested Black women that deserve a shot. I’d like to see more of that.”

“History has always shown that for some white people, it’s easier for them to vote for a Black female,” Kinloch said. “That’s a factor that so often males don’t like to take into consideration. That is something that goes back for many years as relates to racism.”

Evans said he disagrees with criticism that the group was composed predominantly of older men.

“I just think it’s patently not true,” Evans said. “There were a number of women in the room. Was the room majority women? No, it was not. But remember, the invitation to become a part of the consensus process was open to everyone.”

“Why more women didn’t come as part of the consensus process, I don’t know,” he said.

Kinloch said the outcome also shows that endorsements are not as influential as the people making them may think. Detroit is not a follower’s town, he said.

“Detroit is quite independent and has always been independent,” Kinloch said. “Coleman Young used to endorse folks all the time. There was no other name that’s stronger than Coleman Alexander Young – specifically at the time that he was in office – and he had no coattails himself.”

“None of the candidates owned these voters,” Kinloch added.

Evans said Hollier was chosen for his experience in the state Legislature and ability to raise funds.

Thanedar himself posited that Hollier was negatively impacted by the perception of being a well-heeled establishment politician. Once groups like the United Democracy Project started pouring money into the race, Thanedar said he could see the winds changing. The super PAC, which is tied to the American Israel Public Affairs Committee, spent $4 million supporting Hollier.

Hollier benefitted from $6 million in overall spending to support his campaign or oppose Thanedar from multiple groups like VoteVets, Protect our Future PAC, Web3 Forward and Democratic Majority for Israel PAC.

“That money is tainted,” Thanedar said in a Friday interview. “My money was hard-earned.”

Kinloch said Thanedar appears to be more independent, something the district hasn’t seen in a long time.

“Hopefully he uses that independence to have a backbone and stand up strong in Washington on behalf of the Black community,” Kinloch said. “I absolutely believe that he has a willingness to meet us and try to communicate our concerns.”

Thanedar already represents part of Detroit in the state Legislature. Kinloch said he was well received at a unity breakfast Wednesday morning and believes Thanedar is sincere in his commitment to serve the district well.

“The voters have spoken and he is the Democratic nominee for the 13th congressional District,” Kinloch said. “He says he’s committed to continuing the conversations and representing us and he understands what’s at stake. Until proven otherwise, I’m going to trust him on that and continue to hold him to it.”

Meanwhile, Evans hopes the leadership coalition expands rather than dissolves. He’s seeking to make the group more effective and bring in more voices so a consensus candidate is ready to run in the next election. It won’t be long before Black Democrats start preparing to take Thanedar down in 2024.

“There’s definitely sore feelings, but I think there are a group of smart people who will say ‘this will happen time in and time out if we don’t figure out a way to work through this,’” Evans said. “I don’t think the idea is to get emotional and broken up.”

“In two years there will be another race. If people are seriously concerned about this, then in two years we have the opportunity to change it.”

authored by
First published at https%3A%2F%2Fwww.bridgedetroit.com%2Fdems-wanted-black-consensus-candidate-for-congress-it-didnt-happen%2F