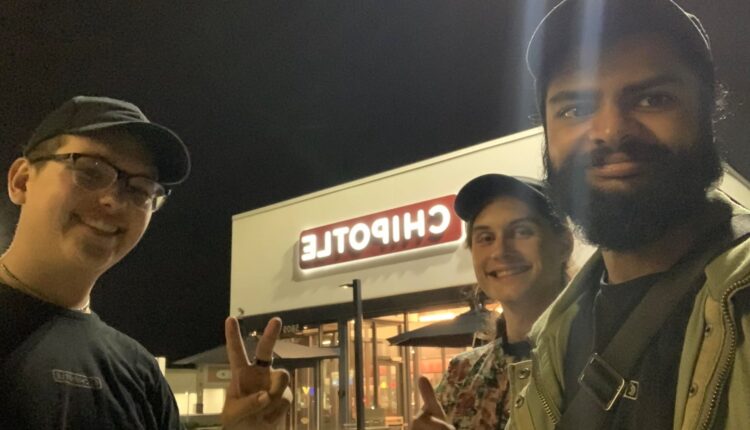 Chipotle employees in Delta Township are worried they will be out of work after they approved unionizing the store last week, one organizer said.

A spokesperson for Chipotle Mexican Grill Inc. denied there was any plan to shut down the west Lansing store — the first Chipotle in the nation to be unionized. Chipotle has over 3,000.

Dora-Larkey, 23, was one of 11 workers who voted Thursday night to join the Teamsters in order to gain collective bargaining. Three employees voted no. The employees will be represented by the Teamsters Local 243.

Chipotle shuttered the store in Augusta, Maine, at the same time it was facing unionization. The company had challenged a union election, and the National Labor Relations Board had scheduled a hearing to listen to that challenge. The company closed the store, claiming it was the result of staffing issues.

“Closing the Chipotle restaurant in Augusta, Maine, had nothing to do with union activity,” Erin Wolford, a spokesperson for the company, said in an email. “Our operational management reviewed this situation as it would any other restaurant with these unique staffing challenges. Chipotle respects our employees’ rights to organize under the National Labor Relations Act.”

Just like in Augusta, workers in Delta Township organized in part because the store was chronically understaffed, Dora-Laskey said.

“We have had a night shift, around the dinner hour at peak, where we are trying to run the store with one manager and three crew members,” he said. ”And it is belowable. But Chipotle doesn’t mind if we’re super stressed out, because for them, they make close to the same amount of money. And we ask individually for them to schedule more people on these shifts, and to use more labor hours. Of course, the answer was ‘no.’ But we know that collectively, if we all ask, they have to take these much more seriously.”

As the employees met quietly outside of the restaurant to organize, they prepared by researching the issues related to unionization, obstacles they might face and which union was the best choice. Dora-Laskey said the entire process was explicitly democratic, giving voice to everyone so that consensus was reached regularly.

But once paperwork was filed with the NLRB, Chipotle turned up the heat on the employees. Dora-Laskey said management from other stores were brought into the store, hitting a 2-to-1 ratio over employees. He said the goal was often to prevent employees from congregating and talking. He called it “oppressive.”

The company also brought in a consultant to discuss unions with the employees, Dora-Laskey said. It quickly became apparent that the consultant who was claiming to present unbiased information about unionization was presenting anti-union information. That included a one-page document claiming that only 4% of employees were unionized. The Bureau of Labor Statistics says 10.3% of American workers are in unions.

But organizers had inoculated employees on this talking point.

“We were able to, before they even brought out the sort of graph, the declining union membership, we had talked about in meetings, about how the declining union membership has resulted in really skyrocketing income inequality,” Dora-Laskey said. “And it makes sense, because if workers are having this individual relationship with their employers, they’re a lot easier to be taken advantage of, or dismissed, or ignored, if they ask for too much money.”

Dora-Laskey said the union is part of a larger, national movement by younger workers, mostly in entry-level jobs like fast food and delivery, to find value from their employers for their work.

An August 2022 poll from Gallup found 71% of Americans support unions, the highest approval rating since 1968. It also found that 40% of those in a union found their membership “extremely important.”

This year has seen a movement to unionize several significant workplaces such as Google, Amazon, Stabucks and Apple.

Despite an adversarial relationship, over 200 Starbucks have voted to unionize over the last year. JFK8, the Amazon on Staten Island, voted for unionization earlier this year. Amazon is challenging the validity of that vote. It spent $4 million in required anti-union meetings, according to CBS.

In an emailed statement, Chipotle executive Laurie Schalow said the corporation was “disappointed” in the vote.

“At Chipotle, our employees are our greatest asset, and we are committed to listening to their needs and continuing to improve upon their workplace experience,” the statement reads. “We’re disappointed that the employees at our Lansing, MI restaurant chose to have a third party speak on their behalf because we continue to believe that working directly together is best for our employees.”

The statement went on to tout the benefits of employment at Chipotle, claiming workers can climb the chain of command to management within three and half years, and begin receiving a total benefits package of approximately $100,000.

Ruth Milkman, a labor expert and professor at the City University of New York, told CBS News the money from employment is not the key to the union battles in the country right.

“What’s different, I think, is the zeitgeist, especially (among) young workers who’ve lived through a lot of turmoil,” Milkman told CBS News in April. Her observations echo those of Dora-Laskey. “They have these high expectations for what their work life is supposed to be about. And then, they can’t afford the rents. They might have a lot of student debt. They end up living with their parents. I mean, this is not what they were promised.”

Milkman said the COVID pandemic’s other impact has been the labor shortage. People have retired or exited the economy, leaving a giant hole in employment. That, she said, is good for workers right now.

“The pandemic also created a labor shortage, which gave people more leverage, and made them less fearful of organizing,” she said. “Unions are cool again for this generation.”