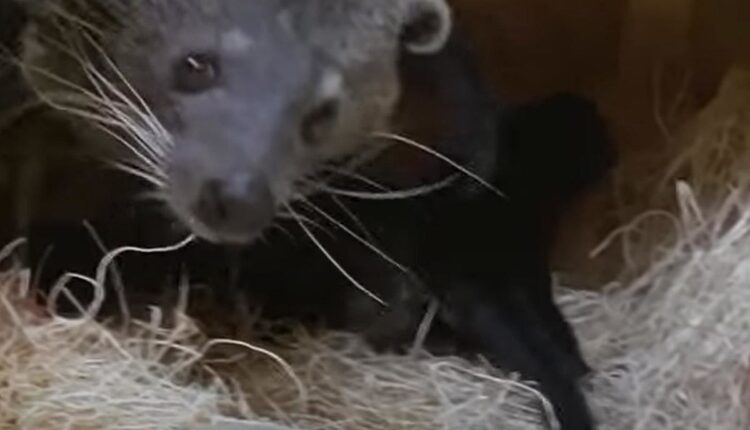 Check Out These Newborns at Lansing’s Potter Park Zoo!

Have you heard of a binturong?

Also known as a bearcat, these carnivorous mammals are native to South and Southeast Asia. They can typically be found in tropical rain forest treetops.

Until recently, Potter Park Zoo in Lansing was home to two of these animals (Barry, born in 2017 at Brookfield Zoo in Illinois; and Thistle, born in 2019 at Roger Williams Park Zoo in Rhode Island). But just before fireworks lit up the sky this 4th of July, Thistle gave birth to three adorable bintlets!

Zoo officials say two of the newborns are doing very well. (The third bintlet was not well and unfortunately passed away within a week of being born.) It’s expected the pair will reach their adult size by this time next year: roughly two to three feet long, with a bushy tail about the same length. The average adult binturong will weigh 30 to 50 pounds.

In the wild, the binturong is considered a “vulnerable” species. Its typical habitat in the rain forests of places like Nepal, Java and Borneo has been greatly affected by deforestation and hunting.

Want to make a trip to Potter Park Zoo to see the young bintlets for yourself? You’ll have to wait a while longer. Zoo officials say Thistle is taking care of her babies privately right now. It will likely be fall before the binturong family reunites with dad Barry in their habitat. We’re still awaiting the newborns’ names.

10 Actors Who Adopted Animals From Movie And Sets