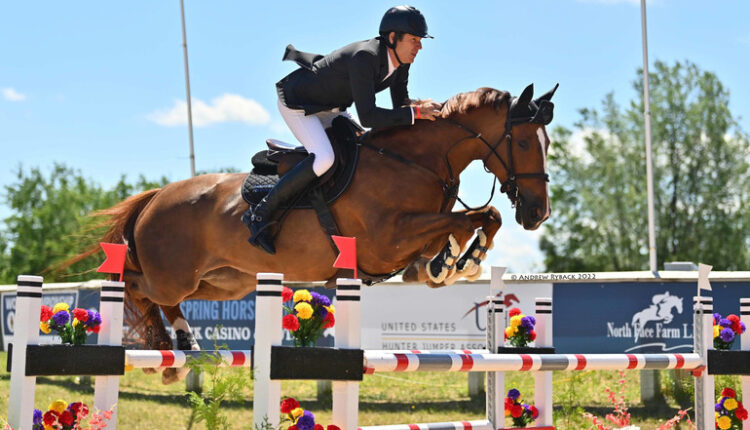 With the 10-year-old Selle Français mare by Kannan, Mändli scored a clear round in his second attempt, after bringing down the final rail on course with his first mount and second place winner in the CSI3* Grand Prix during week two, Dsarie . Iván Tagle (ARG) set a challenging track with questions throughout, but perhaps the toughest element was fence 13, set at 1.60m, which fell for many competitors in the first round. The tall vertical proved to be even more difficult in the jump-off as it served as the final fence on the short course as well.

“It was a little unexpected to be honest today,” Mändli said of his victory with the mare he’s been riding since November. “I tried to do a bigger class for the first time today and she was just perfect. I’ll try to move her up another step, to the CSI4* or CSI5* level but slowly. She did it very well here. She did everything she had to, she answered every question, and I’m very happy with her.”

Mändli and student, Katie Dinan, will now head to Europe to compete at the CSI5* level with hopes to both earn spots on their respective Nations Cup teams at the Dublin Horse Show CSIO5*. Traverse City Spring, presented by Turtle Creek Casino & Hotel, served as stellar preparation with unbelievable results for all six horses owned by Grant Road Partners LLC.

“[Aside from Brego R’N B] we have our six best horses here,” Mändli said of the team’s string. “We chose them to come here before Europe to be competitive and to get into shape. It was two perfect weeks. Everyone’s super happy: grooms, horses, owners, and riders.”