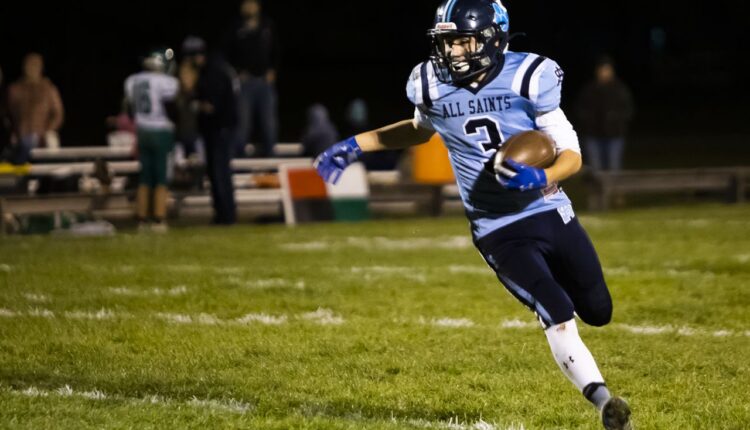 This post is being updated. Please check back often for more recaps.

An incredible defense battle turned on a dime, as Traverse City Central suddenly scored twice in the matter of seconds en route to a 21-0 victory over Bay City Western.

The Saginaw Valley League North contest was scoreless into the fourth quarter as neither defense would be budgeted. But Traverse City Central quarterback Brayden Halliday broke loose for a 55-yard touchdowns with 8:24 left in the game then delivered a pick-six on defense to instantly swing the game.

“The defense did such a good job,” Western coach Chris Willertz said. “They played so hard and played so physical, they were all over the place.

“Traverse City is a good football team and we played them toe to toe.”

Aidan Robinson rushed for 71 yards on 14 carries while Lucas Julian tallied 60 yards on 15 tries. Jackson Clark was 6 of 14 passing for 33 yards for the Warriors, who host Bay City Central in Week 9. 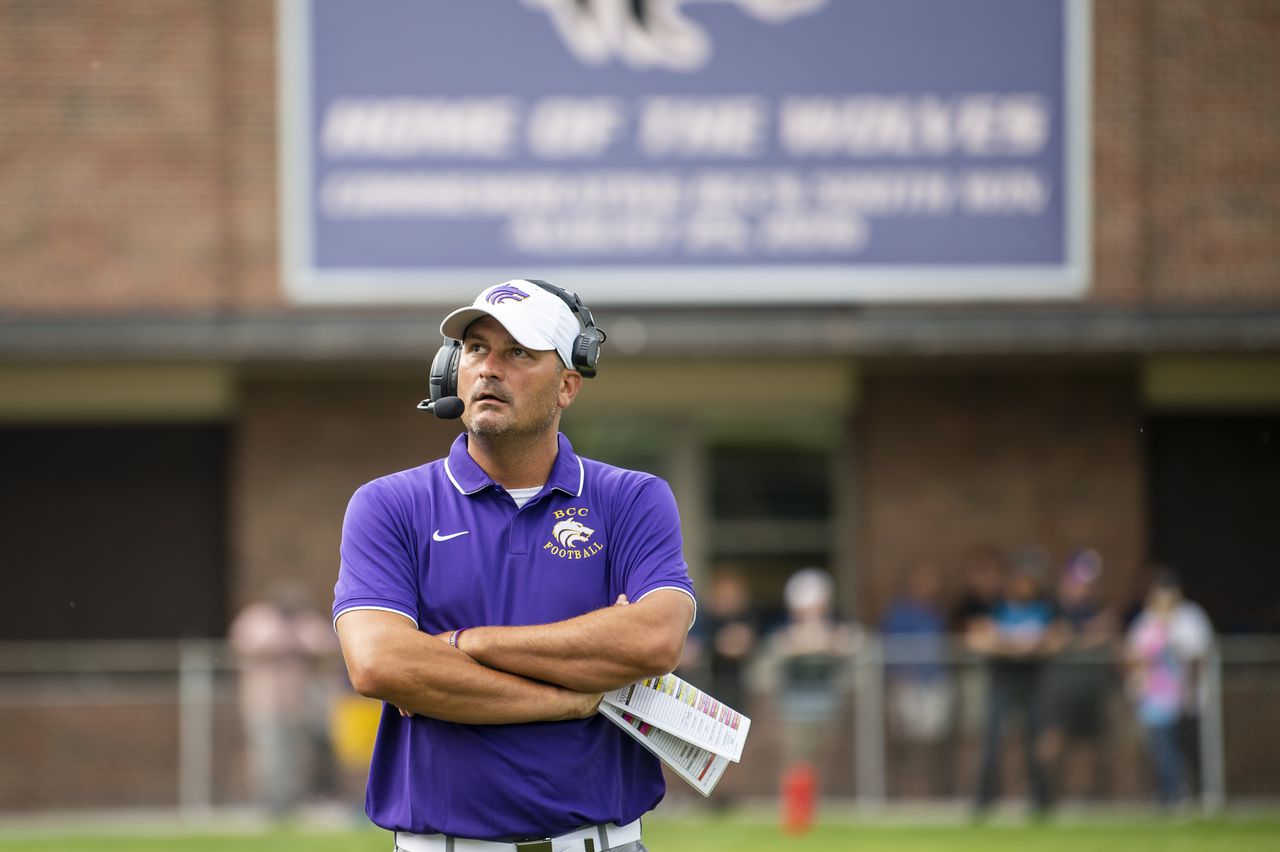 And that made for a long drive home for the Wolves.

Traverse City West played nothing like the team that had lost six games in a row, dominating Central 42-7 for its first Saginaw Valley League win in program history.

“TCW played inspired tonight and executed their game plan much better than we did,” Central coach Kevin Frederick said. “They definitely deserve the win.”

Central trailed 20-0 before breaking through with a 15-yard touchdown pass from Cade Sowinski to Jamario Harris. But West stretched the margin to 35-7 by halftime and the Wolves weren’t heard from again.

“This was a tough loss and a great learning experience for our team,” Frederick said. “Everyone needs to contribute their 1-of-11 for us to be successful. I believe this team will stand together and bounce back next week.” 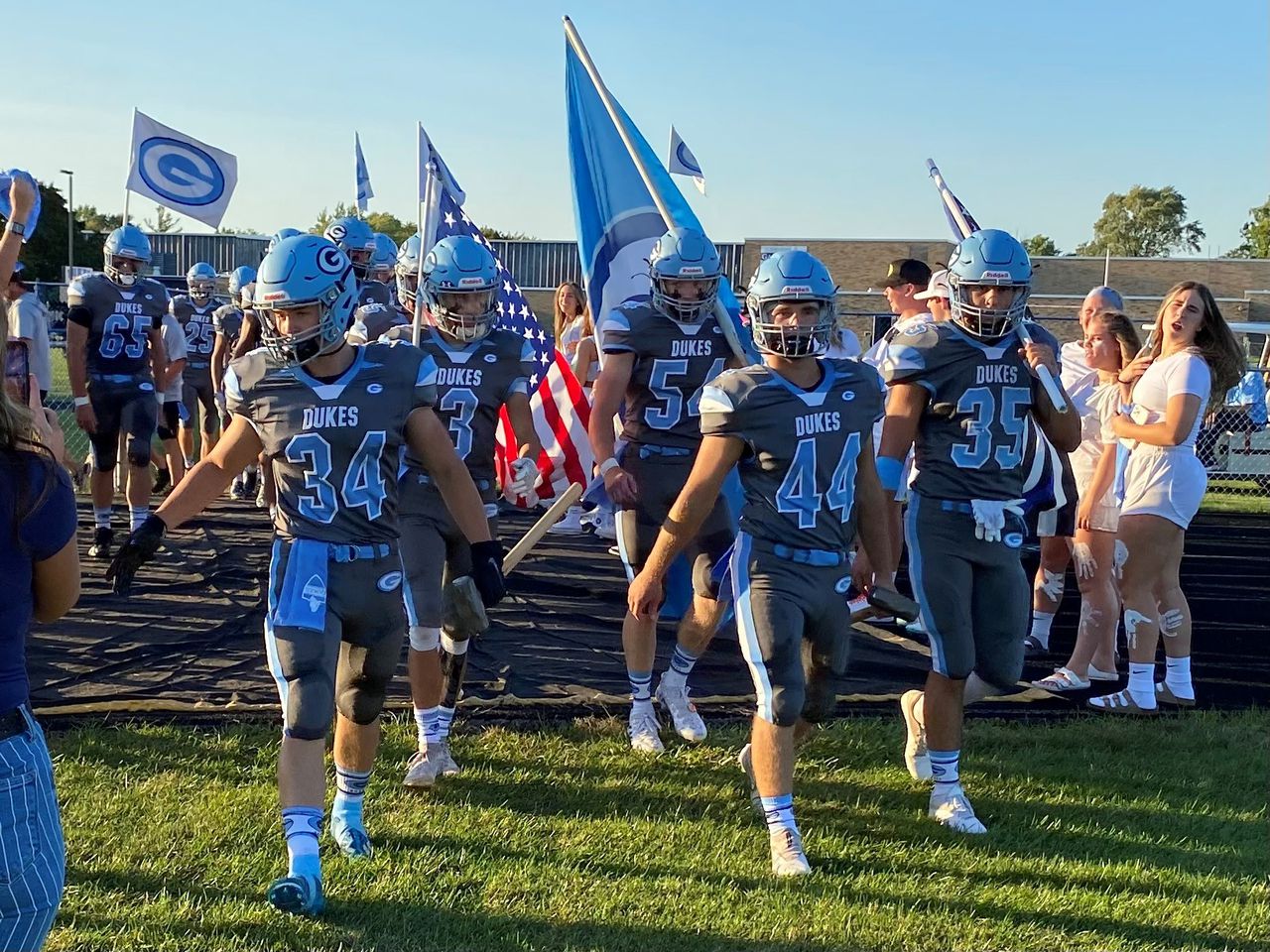 Garber seniors Tanner Szczepanski, Cade Coquillard and Ethan Burrows lead the Dukes onto the field for their game with Swan Valley.

The Frankenmuth dynasty rolls on after the Eagles rolled through Essexville Garber 40-7 in the Tri-Valley Conference 8 wrapup.

No. 2-ranked Frankenmuth (8-0, 7-0) clinched his 11th consecutive league championship and extended his conference winning streak to 53 games. The Eagles capitalized on an early garber turnover to build a 20-7 lead by halftime.

“We battled back and played with great effort and very physical,” Garber coach Jake Coquillard said. “We pass blocked well and we were able to move the ball through the air. But kudos to Muth’s defense for taking away our run game.”

Garber (5-3, 4-3) was held to minus-7 yards on the ground. Cade Coquillard finished 16 of 31 passing for 277 yards. He connected with Brayden Tacey, who went 74 yards for Garber’s lone score of the game. Tacey turned seven receptions into 165 yards while Ethan Burrows caught six balls for 55 yards.

Burrows had a monstrous game on defense with 16 tackles, including three for loss. Tanner Szczepanski notched 12 tackles and Tristan Westphal added nine.

Frankenmuth churned out 466 yards of total offense, with Aidan Hoard rushing for 133 yards. Sam Barger ran for two TDs for the Eagles and Griffin Baker and Zak Andrews each ran for one. 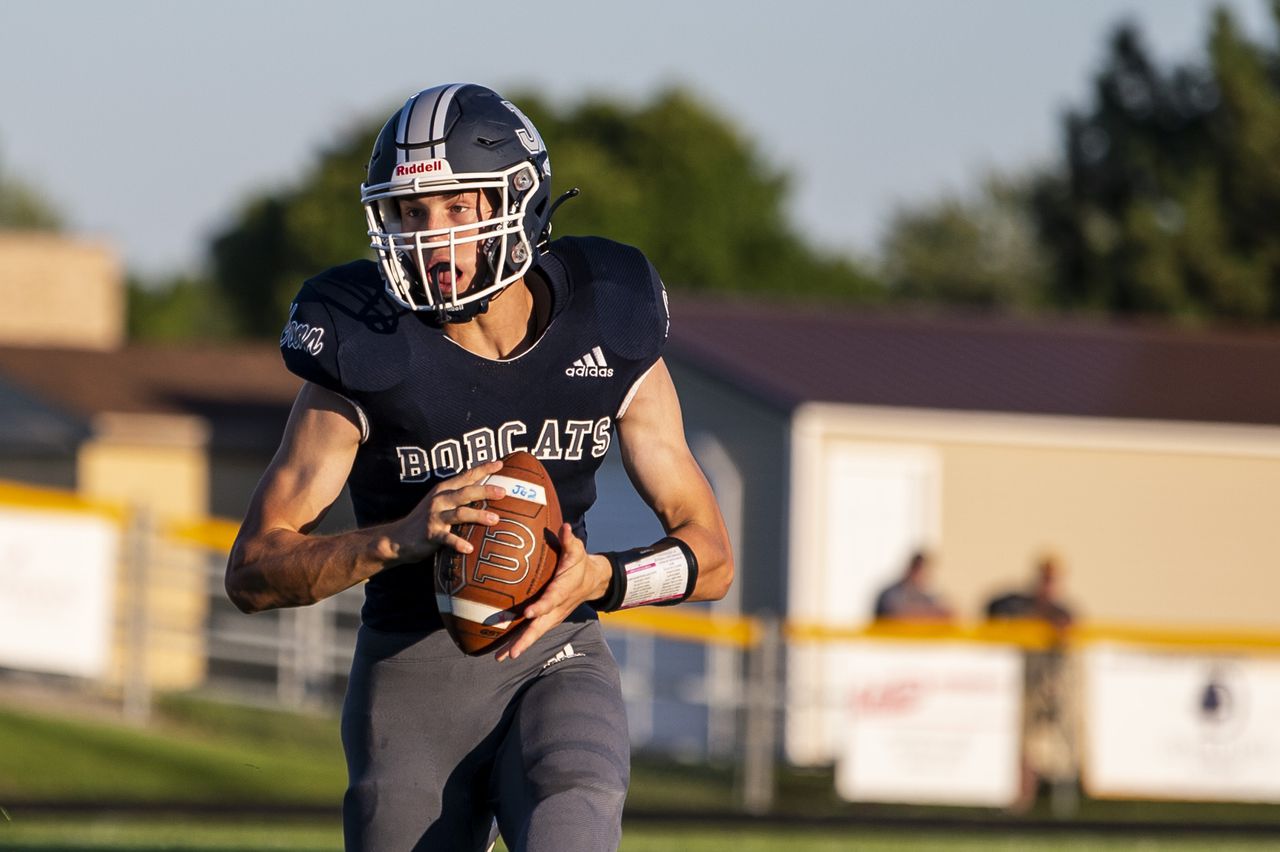 John Glenn broke out of his scoring drought, but the Bobcats couldn’t keep pace with Swan Valley in a 44-12 loss.

The Bobcats (2-6, 1-6) had not scored since Sept. 9, courtesy of three shutout losses and a forfeit win. But they broke through for a pair of TDs, with Sean Wesolek scoring one through the air and Logan DeMarest scoring one on the ground.

“We had another disastrous start, but we settled down and played solid football at times,” said Glenn coach Jon Horton, who spent six seasons as an assistant at Swan Valley. “Swan Valley played really good team football and once they got us down, we just couldn’t climb out of the hole.”

Wesolek had a big night, hauling in six passes for 146 yards and the score. Brody Krzysiak was 8 of 20 passing for 174 yards and a touchdown while DeMarest rushed for 56 yards on 14 carries.

Colt Beson and Connor Greer each nabbed interceptions to highlight the Glenn defense.

Swan Valley (5-3, 5-2) secured third place in the Tri-Valley Conference 8 with the win.

The Cougars (4-4, 4-3) trailed 14-0 in the first quarter and never caught up. Jack Wetters ran in two touchdowns and threw for a third for All Saints. Griffin Johnson rushed for 150 yards and three TDs and nabbed a pick-six for Akron-Fairgrove (3-5, 3-4).

Pinconning scored on his opening drive of the game and enjoyed some bright spots, but the Spartans finished on the wrong side of a 47-9 contest with Sanford Meridian.

Landen Enciso booted a 29-yard field goal to cap the first march of the game for Pinconning (0-8, 0-6). The Spartans also got a touchdown run from Luke Grzegorczyk, who finished with 90 yards on eight carries.

“The boys came out hot,” Pinconning coach Walter Mulligan said. “We played a good first quarter, third quarter and fourth quarter. But it got away from us in the second quarter.”

Pinconning hung within 7-3 through the first quarter. Darrius Cooper rushed 16 times for 60 yards while Evan Knochel finished 3 of 10 passing for 23 yards.

Oliver Cianek tallied seven tackles, with two for loss, while Cooper Norman notched six tackles and two for loss for the Pinconning defense.

This post is being updated. Please check back often for more recaps.

Did Lee T pick your team to win in Week 8?