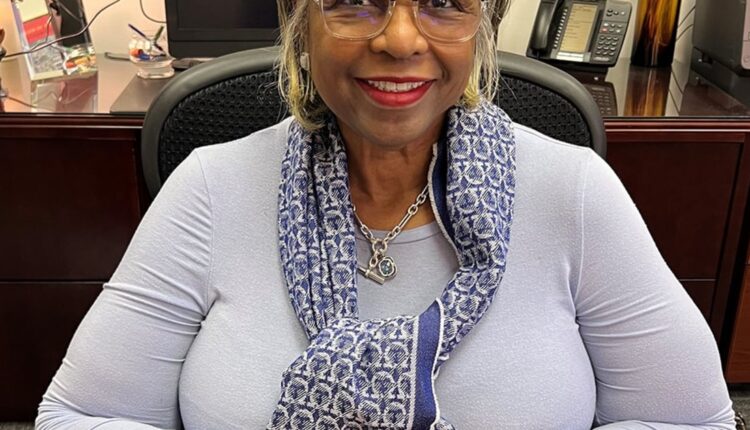 JMA Global LLC founder, President and CEO Jeanette Abraham, 70, entered the automotive industry in 1968 and never left — though it wasn’t necessarily easy to get there. Growing up on the west side of Detroit, she recalled taking nine buses a day to get to school and then her co-op at the General Motors Technical Center in Warren. She stayed with GM for 32 years before taking over a supplier business and forming her own logistics company, JMA, which is pacing for $8.5 million in revenue this year and at least 10 percent growth in 2023. Key to her success, she said, were mentors she met along the way. As chair of the National Association of Black Suppliers Scholarship Fund, she is determined to be that person for the next generation of Black women with big dreams.

The following conversation has been condensed and lightly edited for clarity.

I was going to Pershing High School in Detroit, and so every school had a co-op program, but most schools were sending their students to insurance companies, things of the like, but my opportunity was at General Motors… It was daunting to think of it quite frankly because I lived on the west side of Detroit — my parents had moved on the other side of town — and I was at Pershing High School at Seven Mile and Ryan, so I picked up three buses to get to school. And then this job that was offered to me was at the Warren tech center, and I took three more buses. And then after I got out of work, I took three more buses to get back to the west side. So yeah, count them. There were nine buses. But I knew that I must have had a lot of strength in my mind and heart to be able to do that because it was a wonderful opportunity.

My HR director said that “listen, you can go ahead and get your education,” because when they offered the job I said, “I want to go to college.” No one in my family had a college education. I wanted one. And so I did accept the offer, and I did end up going to school in the evening, and they paid for my undergrad and graduate degree. And so, I worked in purchasing for a buyer, and I was just his assistant, and I learned purchasing. I did everything, I did his letters, I did shorthand. And after my proficiency was noticed, I left purchasing and I ended up being in production control. Now mind you, I had learned a lot in the last couple of years there. So even though I was really, really knowledgeable because I had a lot of good information, I was always a student and always learning.

While working at General Motors and being in procurement, I was part of their management team, and I managed a group of suppliers. So, I mentored minority companies as part of my job. So, I went to a company one day, and I said “listen, one of my initiatives is growing and helping minority companies, and I have a minority company that does exactly what you do but less, so all the pricing and everything else that And so, I’m wondering if you would be interested in taking a look at their books.” And so, he said, “I’d be happy to take a look at it for you,” and he did, and within a week, he says, “yes, we can do it and I’ll be happy to do it for you,” and so they went and they became the 49 percent partner. And so that lasted two years, maybe three, and the minority CEO had cancer, didn’t know he did, got ill and he passed away. So unbeknownst to me, the majority company was looking for a minority partner to put into that place. And I had no idea they were looking at me… This was a fastener company (Detroit Heading)… With my due diligence, I came up with the fact that, OK, I can do this, and so I ended up leaving GM and started being the president in July of 2000.

This manufacturing plan was in the same neighborhood that I went to middle school, so I was like, who would have imagined that a Black girl from the city of Detroit could own a company, and the value of the company at the time was $3 million . It’s flabbergasting. It just made me feel like, wow, what a responsibility you have to the community and to mentor people.

We take fasteners from China and Taiwan and do all the quality control and value add and ship directly to the OEM … The volume shipped year to date on fasteners is approximately 30 million pieces.

My life was just kind of easy navigating in and out of situations with people, and it kind of carried on to my entrepreneurship, where I was able to do the things that I needed to do in order to get to the next step, not with maliciousness, but with curiosity and with care and concern and wanting to learn things and offering a different approach… But I didn’t get anything special. I always told people that I run a wonderful facility that I own, and I happen to be a Black female, but you could paint my face any color and you’ll get the same good results.

Well, I’ve been chairperson of the National Association of Black Suppliers Scholarship Fund. I’ve just been that person that interviews Detroit metropolitan students, with our staff, and … we mentor them, we allow scholarships for them. My experience allows me to help mentor them. So, I will take the time to sit down and talk to people and to help them because I feel like my career was guided. You know, I went through all that regimen and taking all those buses and going to General Motors, a big company, to learn all of the things that I’ve learned. And so now I’m fueled to give it back. If you can’t give it back and share with people and mentor them, I don’t understand the whole point of it all because we’re just passing through. We don’t get to stay and do what we do forever. You know, we get to bring up people behind us. We get to give them opportunities as well.